Well, what can I say? I ain't the West Highland Way, but it was an adventure none the less.

We arrived in Haworth (in the land where every second house has a for sale sign) late Friday afternoon. We'd booked a room in the hostel - complete with dodgy bunkbeds, that even prisoners wouldn't be subjected too. Another romantic weekend break for us!

We met up with Brian McIntosh and his lovely wife, who had the sense to book a gorgeous cottage. I was still having panics about my lack of navigation skills, so dragged Sonic away for a crash course on map reading. 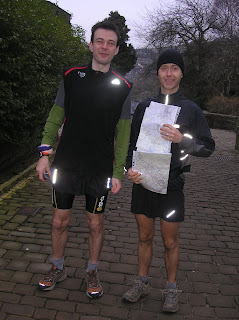 We were up a dawn to register for the race in time for the 8am kick-off. The route started with a steep incline out of the village, along a track and then on to the mud swamp that is the Pennine Way. I really didn't get into it until after about five miles. Passing the first checkpoint (where the steward awarded me with best dressed runner) I was starting to really enjoy it. Managed to get lost by about the 15 mile and stood about trying to feebly decipher the map 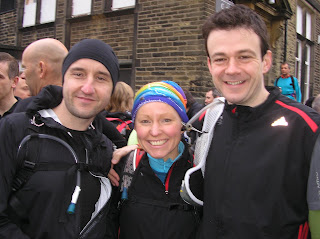 . Thankfully a race veteran appeared and promised to take me under his wing. Unfortunately he was then became the slowest runner in the world. I later hooked up with other runners, who I completed the rest of the route with. David (and his dog Charlie) was training for the Highland Fling, Jeremy for the MDS 2009, Ruby was a first timer, Mike her buddy and another chap who I can't remember his name. We chatted the whole way round, which made the event even more enjoyable. Throughout the whole course I had no idea where I was going. Once I latched on to the group, I was too scared to leave them. I wouldn't even stop for a toilet break.
Wuthering Hike is probably the toughest "training run" I've ever done. Even though it was shorter with less ascent, it was harder than the Devils. It's a mix of trail running, fell running, hiking, cross-country and road racing. It really didn't matter what you had on your feet as every choice would be the wrong choice. My head and legs really weren't in to doing anything spectacular, as London Marathon was always at the back of mind. WHW race pace and energy expenditure was the key. I finished the 32 mile (with 4400ft) course in 7:03. I still felt there was loads left in me and finished feeling really upbeat. Sonic finished in 25th position with 5:02 - using the must-beat-Kate-Jenkins pace.
The Injinji socks worked a treat. Even though I was wearing a brand spanking new pair of trail shoes, I had no problems with my feet. 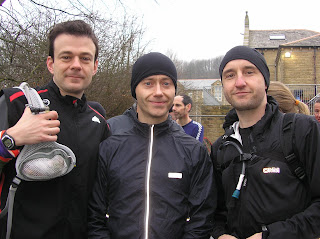 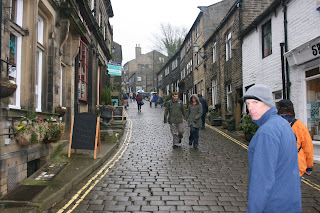 I realised today that the WHW race is everywhere. Met Phil Robertson at the start and then Jim Drummond en route. Despite that fact that I wearing my WHW buff, Jim asked "No fancy doing the West Highland Way, hen?" That was my cue to push on %-) Ruby had met WHW-er Sarah Grigor (who I ran part of the Devils with) on holiday and was amused by her hallucinating tales of frogs on the Way. Also met Hugh Kerr at the finish. 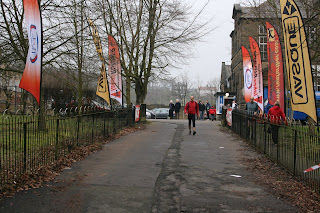 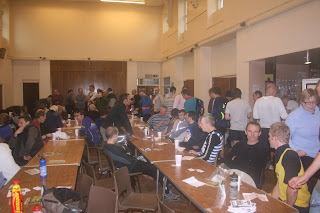 Will I be doing Wuthering Hike again? Probably not. It's no secret that I'm not a fan of cross-country terrain. But hey, I've never been one to hold a grudge. And at least I know the course now. 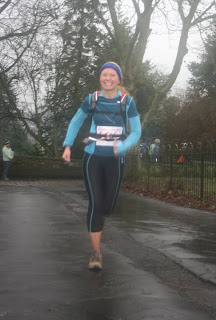 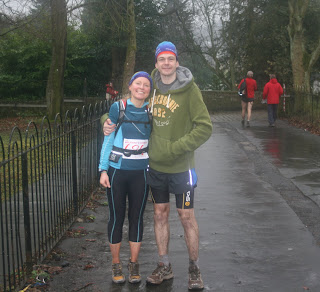 Well done to John, Ian and Tom for great performances in the Lairig Mor race today. Big congrats to John for winning the fastest to blog race. We were walking down Fort William high street doing a bit of window shopping when I saw an internet cafe and decided to pop in and update my blog with the result of today's race!! That's almost an OCD you've got there, JK.

Debbie - well done, firstly for your good performance but secondly (and more importantly) for having the good sense to get away from Jim Drummond as quickly as you could. The man is clearly mad, and it would be very dangerous for you to be exposed to him this close to the WHW.

Great to meet you Debbie and glad you enjoyed the race, despite the mud!

What I really want to know however is how on earth did you keep your trainers that clean? I've just looked at your feet in the 'final sprint in' photo and your new trainers don't even look christened. Mine were pretty dark brown (supposed to be blue) before the run, and are now much nearer black with bog soil. Maybe I'm just heavy on my feet ...

Debs, first of all congratulations for another PB! Don't forget what does not kill you makes you harder. And although myself and Silke had a nice romantic B&B in Fort William (en-suite / Loch views etc) I have to say it was almost too hot in the sun, and I forgot to bring my sun glasses as well. So that was not perfect either. But reading your report about the hike I am glad I did not enter (which I almost did!) and decided to to the Lairig Mor instead.
P.S. I did not know that dogs were allowed to enter the Highland Fling race. I checked for Charlie and could not find him in the entry list. Anyway dogs can run pretty fast and I am sure in particular the section after inversnaid will suit him (Charlie).
See you and Sonic in a couple of weeks on the WHW!

I wish we had the sense to do the Lairig Mor race. Looks like you had a fab day for it. And you all did really well.

Hope you enjoyed your stay in Fort William. I think my hostel days are numbered.

Brian - I was still out when the rain started!

Really good to meet you and Marco on Saturday. That Marshall told me I was best dressed runner too!

Debbie, excellent result on the Wuthering Hike. It was great to have met you.
Thanks to you, David and Charlie for dragging me as far as you could. I had to walk for a bit at the top of Stoodley Pike to let cramp subside. You guys were soon out of sight and after that I had no chance of catching back up. Ah well.
Good luck with London, if you see me give me a shout. Jeremy.

Great run Debbie. Did you wear your injinji socks? If so would you recommend them? I had lots of blisters last year and I'm always looking for something to help!