Last arrow in my quiver

"It'll be FUN!" That's what the chipper Canadian girl said as we waited outside the portaloos before the start of the 24-hour race at Commonwealth Championships. As the GM and I looked at each other, she finished: "FUN stands for F**king Unbelievably Nasty". And that statement became the event strap line.

Ultrarunning isn't fun. You don't play ultra-running like you play football or hockey. It's all about the journey. And if the journey is blessed with a scenic backdrop, then it's a litle more pleasant.

On Thursday, when we made the trip down to Llandudno, North Wales the views across the hills and open water were spectacular. So why did I travel 300 miles - to an area I instantly fell in love with - to run a one kilometre loop around a central reservation in a housing estate? Two reasons really 1) I actually wanted to run a 24-hour race 2) I had the honour of being selected for the Scotland team.

In summary: I finished 4th lady with 208.57 kilometres (or short of 130 miles in my speak). 1st lady being the global phenomenon that is Lizzie Hawker, who broke the world record. I was first Scot - and that includes all the boys - and broke the Scottish 200K record. Together with the Gibbering Midget (who broke the Scottish 100m record) and Pauline Walker (who retains her 24-hour record) we took bronze for the ladies team.

Team Scotland: The before, the after and the happily-ever-after... 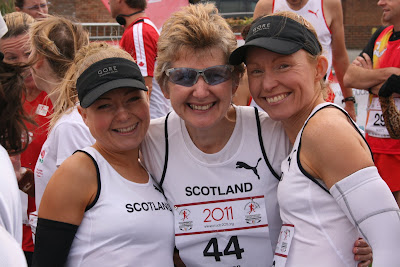 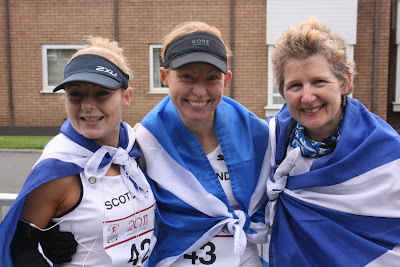 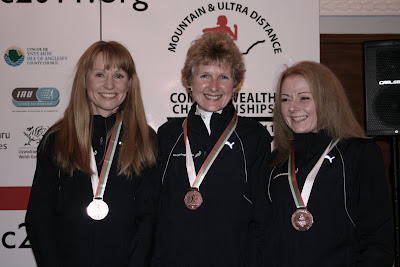 Jk put together a fantastic video of the race. See below. Lucky for you and me, that saves me writing a real race report :-) Let's be honest, 24-hours around a 1K loop is never going to be a right riveting read.

Some things I noted...

Blast Off: The race goes off too fast - even if, from the outside, it looks ridiculously slow. Australian, Jo Blake went off like sh*t off a shovel (as my Granny would say) and left me feeling way out of my depth. The uber-experienced, William Sichel told me that the race completely changes after four hours, and he was so right. I have never seen the wheels far off anyone like that before. And by hour 12 it was a whole different set-up. Although the neightbourhood had started to resemble a scene from Dawn of the Dead. Given the average age of a Llandudno resident, this probably wasn't out of the norm.

Walking isn't cheating: It's planning. Towards the end I was walking way faster than I could possibly run. I ran for the first 50 miles and then played some games: I'd run for 20 minutes and then walk for two minutes. Then I would run 3/4 laps to the feed station and then walk to the top corner. Later in the race it was run for 100 counts, walk for 50. And in the last hour - when my calves had exploded and my hip flexors had their own pulse - I just gave up all hope of running.

The laps weren't that bad. Actually they didn't bother me at all. Mainly because the race is about time, not distance. The clock that didn't move on the other hand...aaahh! It was a LONG 24-hours. If a marathon is a games of two halves: 20 miles and then the last six, then this race is certainly 20 hours and then the final four.

Lapping, not napping. I've never been one for faffing about at checkpoints. The longest I stopped for was to put my calf guards on. Although with Fiona Rennie within earshot screaming "keep moving!" there was little danger of over staying my welcome.

Who's where?: I had no idea where I was in terms of position, so I relied on Sonic for information. I seemed to spend a few hours at a time playing catch up an individual runner - but never the same one. It was good though, as I pretty much got to know everyone in the field. Well, apart from the unsociable ones. I ran a good bit with Sharon Gaytor, before she pulled away. Her race didn't quite so to plan and I caught her a few hours later. Sonic was on hand to give me the required information: "Come one, you're going to catch Sharon Gaytor on the next lap. She's totally burst" I had to giggle and point out that her husband was standing right next to him. With absolutely no one else about. I don't think they were bessie mates after that.

Some blether on the weather: To be fair, we were really lucky. Not a drop of rain. It was fairly breezy though. And muggy. One straight was warm with a tailwind and the other was straight into a headwind. It was essentially blowing hot and cold every three/four minutes for 24 hours! Although I'd packed for all eventualities, I wore just my vest the whole time.

Keeping the points in check: When you're used to fuelling at 10 mile section points, seeing the feed station every kilometre throws you a bit. Sonic was even coming behind the tent to see if I needed anything, so I was seeing him every three minutes! I kept telling him to go and sit down. At one point I felt like I'd taking in too much, so tried to stick to every five miles (I still can't work kilometres!) It will probably come as now surprise to you that my food intake was pretty poor. I had a few bit of tablet, a couple of sandwiches, handful of sweets, two Goodness Shakes...and then mainly survived of coke. I've learned that I can take Gu gels, as I long as I throw them back and take a gulp of coke. We came home on Monday with so much stuff, I'm sorted for Halloween. Although Sonic's been trick or treating all week!

It kinda hurt. But as I sit here almost a week later, I've forgotten all the nasty stuff. Yes, it's like childbirth. And as with childbirth, it's going to take all the king's horses and all the king's men to put me back together again. But hey, it's the best time to happen. I'm not only done in, I'm done. That's all from me this year, folks. The quiver's empty.

I'm off on holiday on Monday - to Madeira. I had a big f**k-it moment when I booked it, and we're going five-star. Before we go, we're off to Inverness for the Loch Ness Marathon this weekend. Cairn's taking one for the team and doing the Wee Nessie again.

HUGE thanks to Sonic for putting up with me for the whole 24-hours. Considering how short the laps are, it must be been pretty relentless. I thought I was on my best behaviour, but he had a different opinion. I guess there were a few diva moments then. 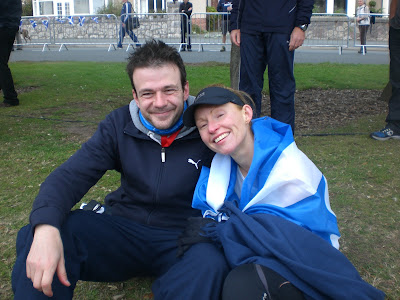 Thanks to Team Scotland - Adrian, Mike, Val, Sue, Ken, Fiona, Les, Tim, JK and anyone else who chipped it. Also, thanks to the organisers, lap counters and everyone who came out to cheer us on (an up!). The support was amazing - especially the random strangers who got caught up in the excitement. I lost count of the amount of times I heard gasps of: "They're do what?" 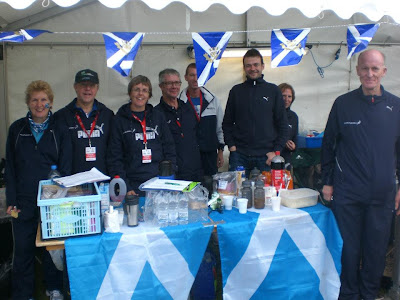 You get what you pay for

It's been a while since I bought a useless random purchase. Recently I've been thinking of investing in step machine/staircase/stepper (delete as appropriate). My useless random way of thinking, is that I could condition my legs for the hills without the need for hills and/or childcare. Simples? Advice anyone?

I'm really looking for a backup plan in case we get another winter like last. Long suffering readers of this blog, may recall that winter on the hills is not a good combination for me.

Anyway, this hasn't gone further than my crazy thoughts and quick look through the wonder and joy that it Amazon.

First to note is that such a machine isn't as readily available as they once were during the height of the craze. Secondly, the extremes are quick comical. Yes, you do get what you pay for. 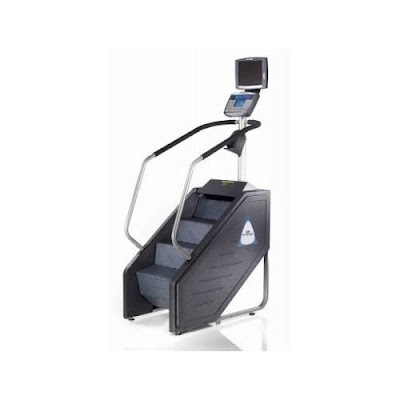 How about the StairMaster Stepmill Stepper. Yours for a mere £7194.

I've got one of these in the house already. It's just not motorised. One end of the extreme. It's not really in my budget. Especially considering - let's be honest - I'd barely use it. It would be more cost effective to march up and down the stairs in my office building.

Then there's this budget contraption. The Sitting Stepper - Personal Portable Mini Step Up Exerciser, retailing at £8.99.

Surely they've got a cheek adding "exerciser" into the product name? 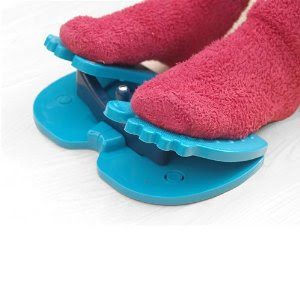 The latter is hilarious. What a great cardio workout from the comfort of your sofa. I can sonic's face now. I could even do it at work. You know how I'm always moaning about time constraints. A wee Loch Lomond screensaver on my PC and I'd be half way up Conic Hill.

On Saturday morning I met with the GM, Emma and Nicola who are training for Berlin and Chester marathon (respectively). Yes, I managed to drag three childless gals out for an early start. Well, with the exception of the GM, who makes larks look like students. 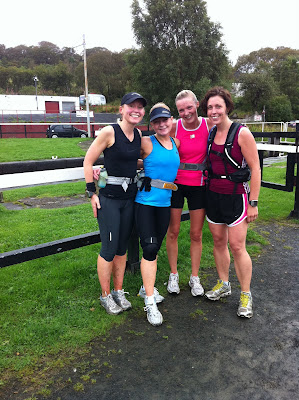 A dull, but flat, out-and-back on the canal. We stayed together for the first few miles and then Emma and Nicola pushed on to do a 13-mile marathon tempo. Thus reminding me why I'm too lazy to run marathons. The GM and I just stayed in our steady groove. With another 20 miler looming, we didn't have the luxury of going all out. That was our excuse and we were sticking to it.

I was so nice to have the GM back in action - and injury free - and it was good to have a proper chat about plans and strategies for the 24 hour race. Although we spent more time discussing outfits for the closing celebration party.

The most entertaining thing about hanging out with the Gibbering Midget, is that she gibbers so much that nothing goes round the brain first. Like when discussing nutrition for the race, she duly informed me she's "right fond of the coke just now". Not quite as priceless as the time she annouced to a packed train "Since the WHWR, I just can't stop bonking. I was even bonking going round Tesco the other day". You could have heard a pin drop. Even over my snorting.

On Sunday morning, I had arrange for Cairn to go to my Mum's for a few hours and I ran the 20-miler down Ayshire way. A very late start for the GM and I, at a very civilised 9am.

I know sometimes the untrained eye can get the GM and I mixed up, but when we rolled up in the matching cars (yes, same make, model and colour) pink Adidas tees, nike sleeves, Gore visor and Brooks Adrenaline trainers, we can't quite understand why. The only difference was I'd swapped the Nathan bottle belt - which I'd used the day before - for a back pack.

So, that's it. No more big runs left. Just a 15-miler this Saturday. I wonder what complaints taperitus will throw at me.

I've got my post-race active recovery sorted out. Treated myself to a new road bike. It was in the sale, so it was practically free. Hopefully I should have it by the end of the week. 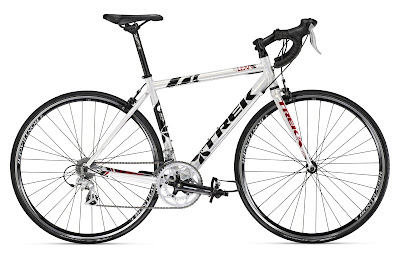 What type of runner are you? 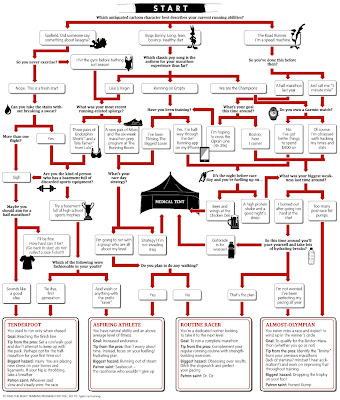