Forget Ice Road Truckers, I'm not sure I will be able to walk on "dry" land anymore. I've forgotten what pavements look like.

Anyway, I did it. I completed the Marcothon and ran everyday in December. My shortest run was 3.5 miles and my longest 25 miles. My calves are in tatters, but apart from the obvious terrain constraints, I've felt pretty good.

Today, I ran with Sonic, Athole and Sharon on a 12 mile circular route from Strathblane on to the Way Highland Way and back via Killearn. It was definitely the highlight of my running month. The piece de resistance of what has certainly been a challenge. The initial inclines on sheets of ice were a struggle, but after that it was amazing. 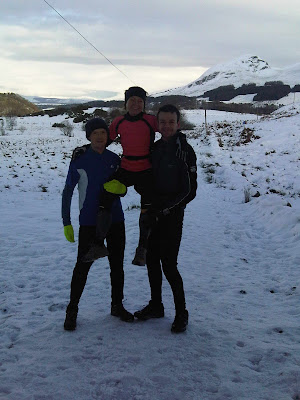 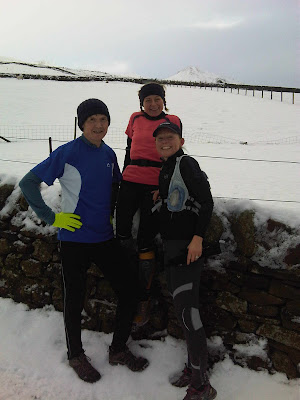 Well done to everyone else who completed the Marcothon - Fiona, Pauline, Anita, Euan, Mark, Karin...and I suppose I better mention the founder, Marco. Anyone else I've missed?

Here are some pictures of Cairn sledging with Mama Sonic. 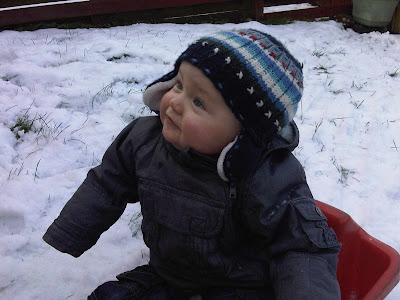 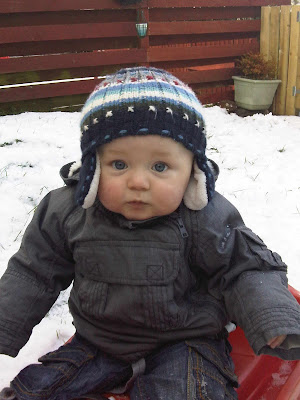 Happy New Year everyone! If you see/speak to sharon, be sure to say "all the best when it comes, darling" It's her favourite saying :-)
Posted by Debs M-C at 22:46 6 comments: 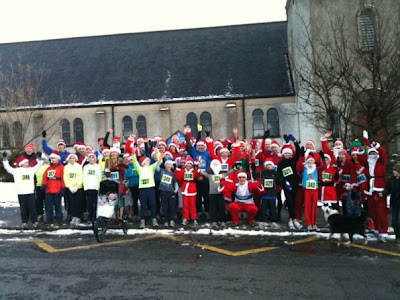 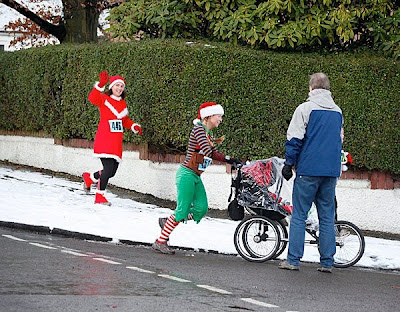 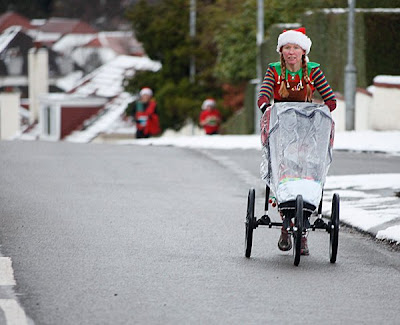 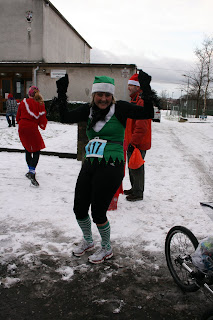 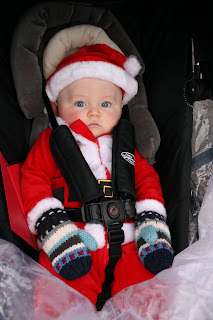 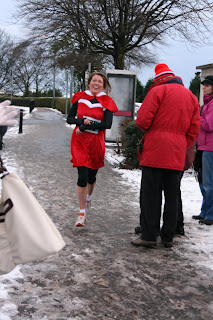 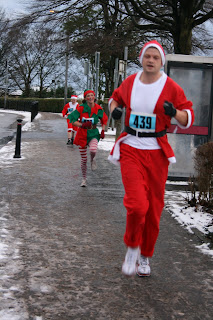 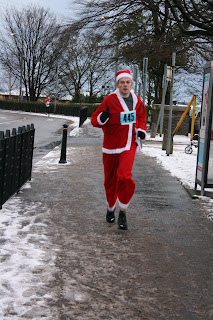 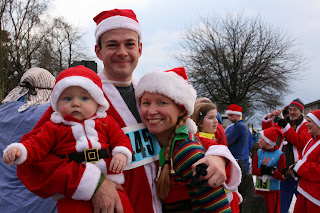 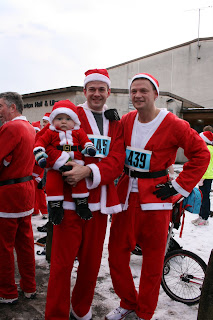 The founder of the Marcothon assured me that after two weeks I would feel "fit and light". Well yesterday, I felt like I was riddled with injuries and my nose was running faster than my legs. OK, slight exaggeration. The said founder knows I am prone to slight exaggeration on this blog. Poetic license I think. I do have niggles in my left calve and shin. Mainly because I made the mistake of mentioning a few weeks ago that I never get lower leg problems, it's always my thighs and hips. I have, however, had a cold and sore throat for over a week now. The said founder claims to have been struck the same virus - although he seems to be symptomless. You go figure.

So day 17 of consecutive days running. Well 18, but the one in November doesn't count. There have been many days when I've wanted to chuck the challenge. Possibly in the region of, er, 17. Fitting in a daily run along with the duties of a full-time working Mum trying to get organised for Christmas, has been a challenge. Last night when I sat down to my dinner at 9.30pm, I honestly thought I was hanging together with a very fine thread. Thank heavens for wine. Which brings me on nicely to a comical e-funny I received from Mrs MacPirate.

And to quickly summarise some running:

This week I've been taking it a bit easier, as the last two weeks have been relatively high mileage (over 55 miles)

Tomorrow I need to get up before the larks to fit in my run before the day begins. It's my office lunchtime Christmas quiz tomorrow, which will involve a few refreshments. Sonic asked me why I just don't drink, so I can do my run at night. Ha ha. Cue the cartoon strip above.
Posted by Debs M-C at 23:20 11 comments: 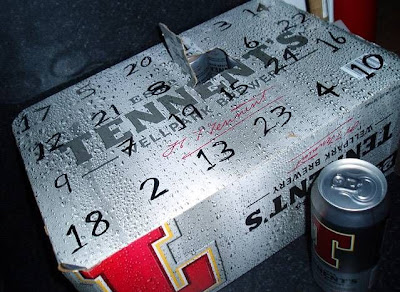 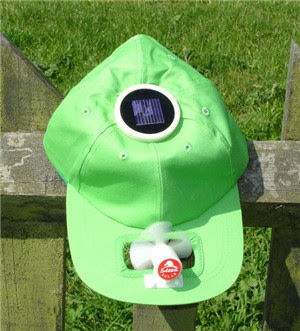 Solar-powered baseball cap, £9.99: The piece of kit you never knew you needed. Perfect for running under the harsh summer sun, this cap has a solar panel on top, which runs the fan integrated into the peak - so the more the sun shines, the faster the fan turns to keep you cool. www.nigelsecostore.com

I could match this with a WHW buff, compression tights, arm warmers and go for a wee stint with the Baby Jogger round the Balloch Horseshoe. Bob's your straight-jacket :-)
Posted by Debs M-C at 17:20 4 comments:

Still on track for "The Marco Challenge" of running every day in December. As previously mentioned, I'm following Marco's November task of running at least three miles (or 25 mins) every day. In hindsight we should have called in the Marcothon - minimum of 2.62 miles or 26.2 mins. Maybe that could be January's challenge. Although I fully intend on sitting with my feet up on New Year's Day. But don't quote me on that.

Seems like there's quite a following. So far there's Sharon, Anita, Keith, Fiona, Pauline, Andy L, Karin, Deb C, Ailsa, Mark, Euan, and - obviously - Marco and I. Is there anyone I've missed?

Today I ran from home to Balmaha - over the Balloch horseshoe and onto to West Highland Way - with Sharon. I'm loving running with her every weekend of late. We're a really good pace for each other - and we gibber like budgies all the way round. As you can by the elevation chart below, it's tad hilly. Quite pleased to average 10.26 m/m over the 18.5m route.

Maybe it's the oxygen to the brain, but the Sharon-isms are starting to surpass the Marco-isms. To set the scene, Sharon suffers from excruciating painful hands in the cold. She hasn't been diagnosed with Raynard's, but she's as good as. Who would run with gloves in the height of summer? Granted it's not exactly tropical, but you get my drift. Anyway her new theory (passed on from another) is that it could be driving on bumpy roads that has affected the nerves on tips on her fingers. Apparently it's quite common with workers using drills and diggers. Her words "the tips are destroyed with overuse of vibrating tools". When I suggested that might be something she keeps to herself, it took a wee while for the penny to drop :-)
Posted by Debs M-C at 22:31 4 comments:

Are you a Marco or a mouse?

I'm going to take The Marco Challenge and run every day in December. Not sure why, as it wasn't even a wine-fuelled decision. Marco (that's his real name, in case any readers think my husband's name is actually Sonic!) has informed me that the only rule is that the distance/time must be at least three miles or 25 minutes.

Anyone care to join me? It's not a competition. Just a personal challenge. Or an incentive to burn off a few mince pies. So far I two recruits: One willing (Anita) and one not-so-willing (Euan).