Thanks to Murdo for sending me this. Made me right giggle, so it did. And saved me actually writing a proper post.

I am an ultra-runner 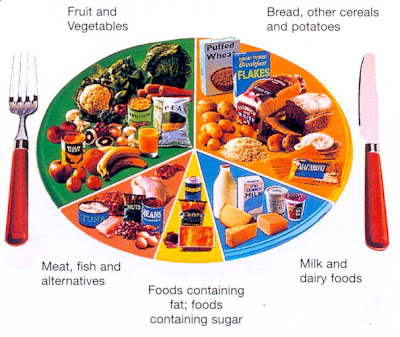 I'll actually be (well, consciously) eating more than I'm used to and should keep my weight steady, without having to have really good days to compensate for the really bad days. Losing 5/6 lbs would be a bonus though.
Posted by Debs M-C at 08:48 11 comments:

Let the fun and games commence

The Marcothon is finished. The parties are over. My house looks like Hamley's. I've acquired a muffin top. And I'm on the wagon. It must be a New Year then.

It started so well, with a nice big thaw of the snow and ice. Yay! And now it's creeping its way back in. My long-overdue return to club training last night, involved six miles of treacherously icy pavements, with some gobby neds in Maryhill thrown in for good measure. Oh joy.

I hope it doesn't overstay its welcome this time, as I really need to get some sort of training - which doesn't involve plodding - in. I did my first session in over a month on Wednesday. I would say speed session, but I fear you may laugh. Let's split hairs and just call it a session with effort.

The last (published) of Johnson's Joggers training plans went out the window - along with my mojo. But I'm all fired up and ready to start my new schedule. I'll post it later this week, but here are the lunch speed (ok, effort) sessions.

I still haven't really done any long runs, which I'm getting slightly concerned about. I had a second stab at the Mingavie-Drymen out and back (24 miles) last week - with Sonic, the GM, JK, Crazy German and unstoppable Mister C. Disaster number two. The big thaw hadn't quite reached surburbia. It's only five miles up the road, but it was like stepping into a parallel universe. Exaggerated by the sight of Richie in a pair of Pantyhose. Under Armour, Rich. The clue's in the name :-) 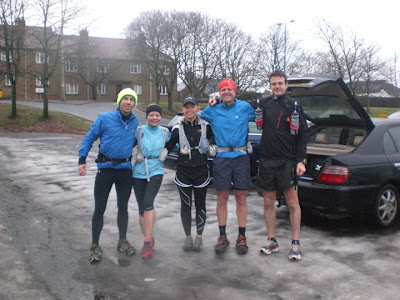 So on to the West Highland Way we went, which was the first mistake. It was like a rink. Second mistake was going with a Kahtoola/yaktrak clad group. My ice grippers were worn down after a month of pavement pounding and were what I described as "f*ck all use to anybody!". After a very frustrating seven miles of cross-country/field running, I threw in the towel and about turned. A wise choice, as without the grip 14 miles was tough enough. I was feeling pretty sorry for myself and my legs were knackered.

I was glad to get to the car and remove my sodding-wet socks and shoes. A great excuse to put on my lovely new Hunter wellies. Hey, it's been a least two postings since I mentioned new shoes.

I picked up Cairn earlier than expected (bonus) and decided to go shopping (double-bonus). Can you imagine the above outfit teamed up with a skelping red face and a pair of wellies? Now imagine the look on the faces behind the Estee Lauder counter at Frasers when I appeared waving an over-eager credit card. I'm sure Cairn was just pretending to be asleep.

I got home to discover the postman had tried to deliver my new Kahtoolas. I would have been miffed if it wasn't for the fact that when I went to collect them, the company had sent a pair of large microspikes in error - which, again, would be "f*ck all use to anybody".

All was not lost though, as a self-administered big dollop of TTFU and I went out and ran the missing 10 miles. I would not be beaten.

Then came the Marcothon Grand Finale. I was kind of sad to see it end, as it was what kept me (and many others) motivated throughout the weather chaos. I met and was encouraged by lots of great people along the way - the usual maddies and some real troopers. I organised a last-minute small group run in Pollok Park, which was a nice way to end it. 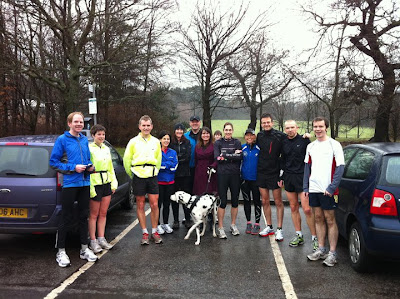 We even had a Marcothon proposal! See the Subversive Runner's blog for more details.

My first run in 2011 was on the Kilpatrick Hills with the Gibbering Midget. The aim was to meet in Old Kilpatrick at 8am. The GM was out on the vino the night before, so I was half expecting a call off. I was woken by a text message, which I thought was said call off, only to read: "Is everything OK?" and I then noticed it was 8:15. F*********ck!! Even Cairn, who's my back-up alarm, was still sound. I was up, half-dressed and out in minutes. I didn't even brush my teeth, but used the mouthwash from the glovebox (ok, it's an Aygo, so it's more of space where the glovebox should be) which I swirled round my mouth and spat out the window. If I had been more awake, I would have realised when driving at 50mph that it was obviously going to come back in and hit me. I got there just before 8:30, minty-fresh and slightly startled. First stop was the al fresco powder room.

Thankfully the run was well worth the panic. Amazing views and the terrain wasn't the usually marshland, so I finished with semi-dry feet. And ready to murder a coffee.