Holiday pictures and a new addition

Just a quick update, as life has been rather hectic since we got back from Morocco. Click here to see the pictures.

Great mountain, fabulous country and an interesting trip to Marrakesh. Where else would you get ripped off by cowboy snake charmers, groped, find someone else's hand in your pocket, square up to a crazy man selling other people's false teeth, witness corrupt law enforcers and offered to trade in your wife for 3000 camels. The latter to which Jill piped up with "aye, Camel fags!".


GOOD: If you would like to see some serious aw-factor stuff. Then click on this link and check out the newborn pictures. Makes you go all gooey it does. (None are of Cairn by the way) 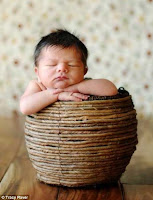 BAD: If you need to be reminded that there are some serious w*nkers in the world, then read on. JK - there could be too much bad language for your. On Saturday afternoon I was out shopping (shock! horror). I had to send a work email and then sat my company Blackberry on the hood of the buggy. I realised about 20mins later that it wasn't there. After a many moments of panic, I started to retrace my steps, trying to phone from my mobile. My Blackberry kept going on to voicemail - so I presumed it was out of signal. But after a few attempts a man picked it up. I was totally relieved and starting gibbering that he had my phone and where could I meet him yada yada...until he said in his matter of fact best broken-English "No. No. It's my phone now" and hung up on me. After numerous attempts to call and a half-blubbering call to Sonic I had the same conversation with the thieving pr*ck. Then five minutes later low and behold the thieving pr*ck ACTUALLY called me back and said again in his best broken-English "Stop calling me. This is my phone now. This is my number". By that time I had completely lost the rag and was walking down Buchanan Street (Oh yes, on a Saturday afternoon now) hissing "you complete an utter wa*king b*stard. F*ck off where you belong to" Or something of that ilk. Classy, eh? Anyway I just went straight to my office and organised to get the sim wiped and the device disabled. Complete useless now. I'm all for culture diversity, but I'm totally bitter about this.

On to some running news (I appreciate the topic don't flow, but hey ho) I did a four mile recovery with Debbie Cox on Tuesday, 800m reps on Wednesday and a 10-miler on Saturday.

We're off to Morocco on Wednesday (a small jaunt in the High Atlas Mountains). See y'all when we we get back :-)
Posted by Debs M-C at 13:01 7 comments:

Along with the 10K, this is quite an iconic event on the Scottish running calendar. I know people who train only for this race and then hang up their trainers until next time around. It doesn't have the same hold for me as the Glasgow Women's 10K (my first race), but it was my second ever road race after starting out in 2002.

Last year I didn't do it because I was a) trekking round Vietnam and b) five months pregnant. Not that the latter would have stopped me. The year before (2007) I pulled out at 4.5 miles. My heart, head and body just weren't up for it. I ended up running about 5 miles back to Glasgow Green to cheer on the finishers. Go figure. That's Debbie logic for you.

The only reason I signed up for Sunday's race was a last minute scramble to get club league points. As previously stated it's the best six performances out of 12 races. First in gets 11 points and goes down to 1 point for participating. As of Saturday I had only done five races and was fourth in the league.

I'm not going to blabber too much about the race. What can I say about running round Glasgow? It was pretty uneventful. Nice and cool with a slight drizzle, so I can't even complain about the weather. Legs felt ok, but the last mile was a struggle. Maintained a relatively even pace (7:49m/m) and finished in 1:43:51. Not a PB, but I was quite pleased with the even (ish) splits.

Huge congrats to everyone who ran, finished, PB-d and haven't hung up their trainers until next year.
Posted by Debs M-C at 21:25 3 comments:

I would take this with a pinch of salt, but here's an interesting running calculator. It predicts the effect of weight change on your race times.

The need for speed

Well, Thursday's club run really burst my bubble. I was fine for the first couple of miles, but then something went - and my heart went with it. I just felt knackered. Not muscle fatigue, just general lack of sleep.

On Saturday we had to go to another wedding. An old school friend of Sonic's. I wasn't particularly excited about going, as we weren't allowed to take Cairn. It was a no-children wedding - which is just weird in my books. The bride in question is a bit, erm, alternative. Sonic was convinced she would come down the aisle in a black ensemble, but she appeared looking radiant in white - bearing more tattoos than our favourite pirate. Sonic had informed me they had booked a rock band for the reception. After doing my head-banging rendition of "Bring your Daughter to the Slaughter", I said: "If they have 'Don't Want to Miss a Thing' as their first dance, I will p*ss myself laughing". Not that I don't think it's a nice song, but given that we're practically profession wedding go-ers, I heard it quite a few times. Note to any bride-to-be: Google top 10 wedding songs and don't use any of them.

The wedding ceremony was lovely. The bride looked like she was going to burst with joy and giggled all the way through the vows. The groom cried and they generally looked like the happiest couple ever.

The reception was out in Houston. Although we hadn't discussed designated driver duties, Sonic managed to sink champagne and two whisky liqueurs within five minutes of arriving, so I was sidelined to diet coke and large jug of water. After shifting uncomfortably through a cringe worthy Father-of-the-Bride speech, where he mentioned that she had got into the wrong crowd at school (a la Sonic)quite a few times, it was time for dinner. Haggis followed by Venison. Although both are quite special as far as wedding dinners go, neither were my cup of tea. Haggis is full of sh*te only Scottish people would eat and venison? Well, it's Bambi. It's all wrong. Of course I looked like a weirdo, as everyone else looked like they'd died and gone to heaven.

Sonic discovered he had a little red wine monopoly going on, as everyone else on the table drank white. Oh joy. This generally means he will talk no stop, most sentences will start "one time on the West Highland Way" regardless of who he's speaking too and he'll pass out in the car home. He got talking to a chap that went to his school who claimed he used to run and did the London Marathon in 1991 in 2:41. It was blindingly obviously the guy was talking rubbish, but Sonic continued to probe and salute him - even after several shift kicks under the table. Despite various convincing attempts, I doubt he will be signing up for Garscube.

Then arrived the band - who were more Orson than rock - and time for the first dance. No guesses what the first song was. I managed to contain p*ssing myself. Especially as the band were really good. And the couple didn't take it remotely seriously. Before the party really kicked off, we had to bow out to pick up Cairn. Someone else to sleep on the journey home. I was glad I was driving though, as I would probably still be dancing round my handbag in the wee small hours.

I had signed up for the Paisley 10K on Sunday morning, which I couldn't see far enough. I never hid the fact that I was only there for the club league points. I felt OK for the first two miles and then blew up. I considered bowing out at 5K (even though I got a 5K PB) but then I'd be stranded in Fegie Park, which ain't exactly suburbia. I couldn't shake the negative "don't want to be there" thoughts. Again it wasn't muscle fatigue, I just didn't have any drive. Runners were passing me on the hill, but I kept going. I didn't look at my watch much, but I glanced at 9k to see what I was faced with. I finished in 47:46 which is a PB by two whole seconds. I'm not going to be one of those pain-in-arse runners who get a PB and still moan, so I won't. So far I haven't had to act disappointed. Everyone I told has done it for me. You know and I know that I should be faster, but I think I will always be a better long-distance runner. Considering I could probably count in the one hand how many speed sessions I have done since I had Cairn. And it has only be three weeks since the Devils race. Excuses, excuses. Maybe one day I should focus my efforts and get a good 10k time. In the meantime I prefer something with a bit of endurance.

On a more positive note, Garscube Ladies won the first team prize. I never thought I'd be placed in the same team as the superfast Kirsty Husband and Ali "whippet" Winship. Obviously the team prize was won on their amazing times. But hey, if I hadn't run we wouldn't have won it. The prize was £120 (£40 each) so that more than covers the entry fee. I've been quids-in in the last three races. Woohoo. Hey, Mrs Pacepusher, if you had run on Sunday you would have won the prize along with Hailey and Leanne. Imagine taking a team prize with Hailey Haining??

Yesterday I did a seven-miler round the horseshoe. Average 8m/m. And today I did 5 x 500 reps after feeling inspired to sort out the lack of speed training situation.
Posted by Debs M-C at 21:30 5 comments: