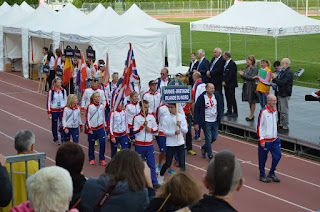 It just wasn’t your day.  You’ll come back stronger.  It happens to everyone.  You’re only human. It’s only running.  You learn so much from races than have gone wrong.  It is what it is… I’ve pretty much heard them all since I crashed and burned at last month’s European 24 Hour Race in Albi.

My life philosophy is:  It’s only a tragedy it if matters in five years’ time.  Given the importance of the race, I’m still on the fence as to whether I would class this as a personal tragedy. 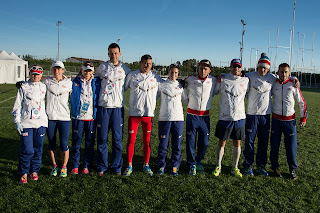 It was my fourth outing as part of the GB team.  Since my last 24-hour at World Champs in April 2015, I’d had a pretty good racing streak.  Training had got well. Racing had gone better.  I felt faster, stronger and more importantly, had more self-belief than before. All the more reason why it hurts so much that things went so wrong.

I know I’ve had shocking races before. Who doesn’t?  I know I’ve wallowed in them, got over it and most have barely crossed my mind.  And if they do, it’s usually to laugh and joke about them.

I’m still trying to work out what went wrong.  What I could have done differently.  I’ve internally processed this over and over again to point of mental destruction.  I’ve gone through every emotion from complete self-loathing to laugh-out-load hilarity at some of the moments that will forever remain comedy gold. 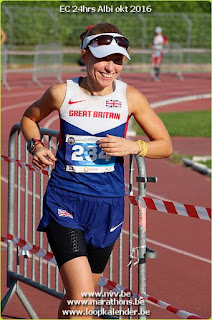 Was it just down to bad luck on the day?  Even before the race, my stomach was showing signs of, erm, distress.  I’m not really one for toilet chat, but there were a lot of toilet visits.  Running was going well and my lap splits were bang on the money.  Excluding the laps which involved visit to the toilet.  Of which there were many. By hour 12 there was nothing left in me and the downward spiral commenced.

Shortly after my pee was bright red and causing me major concern.  After telling my support, Eddie, I was sent to the medical tent.  The doctor asked me to pee in a cup and I handed over something that looked like beetroot juice.  The medic tested it, informed me it wasn’t blood it was muscle damage and was pretty normal. I was told me to drink more and they sent me on my way. 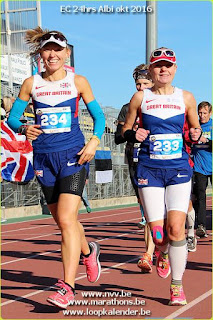 Ultra-distance running has a tendency to strip you bare.  It can heighten emotions and leaves the brain susceptible to over-thinking and irrationality. All I could think about were the running friends who have got themselves in to life-threatening danger with kidney failure.   Recent chats with Ewan Dunlop and Jayson Lewis and how their families were told the outcome could have been much worse were playing on my frazzled mine.

I love running.  It’s a massive part of my life.  But first and foremost, I’m somebody’s Mother.   I know in the cold light of day, this is all very dramatic but at the time it was hard to shake those thoughts.  Another few rungs down the spiral staircase.

A few more hours of running, not consuming enough calories, more toilet visits and I was done in.  I felt sick, dizzy and gaging on everything I tried to eat.  My muscles ached and my feet were a car crash, with blister popping and a dislodge toenail sloshing around.

I hit the wall hard and became really cold and incoherent.  I sat out for a while and piled on some layers, which meant my muscles seized.  Guy, the team physio, did his best to kneed out some of the crap, but then I felt guilty for diverting his attention away from the “real” runners.

Izzy was also having a tough time too and we ended up buddying up to do the death march.  I really just wanted to sit down.  Lie down.  Anything not to face the walk of shame over and over again, but Eddie wouldn’t let me.  I really didn’t see the point in it then, but now I do.  I couldn’t understand why she was trying to force feed me every lap, but now I do.

Looking at the clock there were still six long deadly hours to go.  Izzy and I laughed and cried together and talked lots about our 24-hour retirement.  When it goes wrong, it’s so hard.  It’s not like a distance where you give it everything to get to the finish line.  The clock keeps ticking whether you’re sitting on your arse, shuffling or sprinting around.  You just feel like it’s never going to end.  It’s so much easier to keep going when there’s a finish line in mind.    My finish line was a target distance, but that when down the toilet – quite literally – hours prior.

The finish was awful.  And the week following the race was even worse.  I just couldn’t take anything positive from it.  I’m not really a crier, but I shed many tears.  Having to relive the drama as people wanted to know “what went wrong”.    Any other race could have gone belly up and it would have gone largely unnoticed.  I, of course, had to choose this one.

I did, however, have a great time hanging out with the team.  There were some stellar performances from Dan Lawson – who won the race – Marco and James Elson, who took men’s team silver.  Like me, Steve and Paddy’s races fell way below the usual distance but there were so supportive and amazing on the course.  Robbie and Sharon called in time early on, both having started with an injury.  Ali made her GB debut to run 215km and finish first Brit.  Out of the 10 runners, only two (Dan and Marco)  ran ran a qualifying distance to be reselected for the team, which is pretty dismal.

After what Izzy and I went through and the things we talked about, I think we’re bonded for life.  Unfortunately the photos of us in the finishing hours may haunt us for some time.
The final score was a very disappointing 179km, a little short of my 221km previous best. I felt humiliated and guilty for letting everyone down.   I felt even worse for Eddie, who left her three young kids and travelled from Morzine to witness my car crash.  Eddie is fiercely competitive and enthusiastic about everything.  She tried everything, but at the time I was convinced I was past the point of no return. 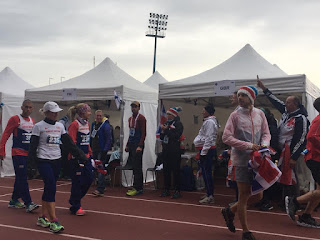 What I have now is real fire in my belly to nail the 24-hour distance once and for all.  There is absolute no way I ever want to feel that way after a race again.  I have taken much stock, will sort out thing that went wrong and will working even harder to achieve my goals for 2017.  Alongside my moto on life and tragedies, I also firmly believe everything happens for a reason.