Hoka have come a long way since I first clapped eyes on the super soles back in 2010.   Love them or hate them, there's no denying their huge increase in popularity and dominance in the niche market of maximalist shoes.   Even popular brands such as Brooks and New Balance and lifestyle footwear manufacture Sketchers have introduced new models which look suspiciously like Hoka to me.

Last year, the introduction of the Rapa Nui and Kailua appealed to running shoe traditionalists, looking for a more toned-down version of the plush-riders.

This year, it's all changed again. The Conquest Tarmac,  Bondi 3 and Kailua Trail will be available from next month and I'll be first in the queue to try them out.

In meantime, I was lucky enough to receive a pair of the still-in-progress Hoka Clifton to test. Available in the UK from August, 2014. 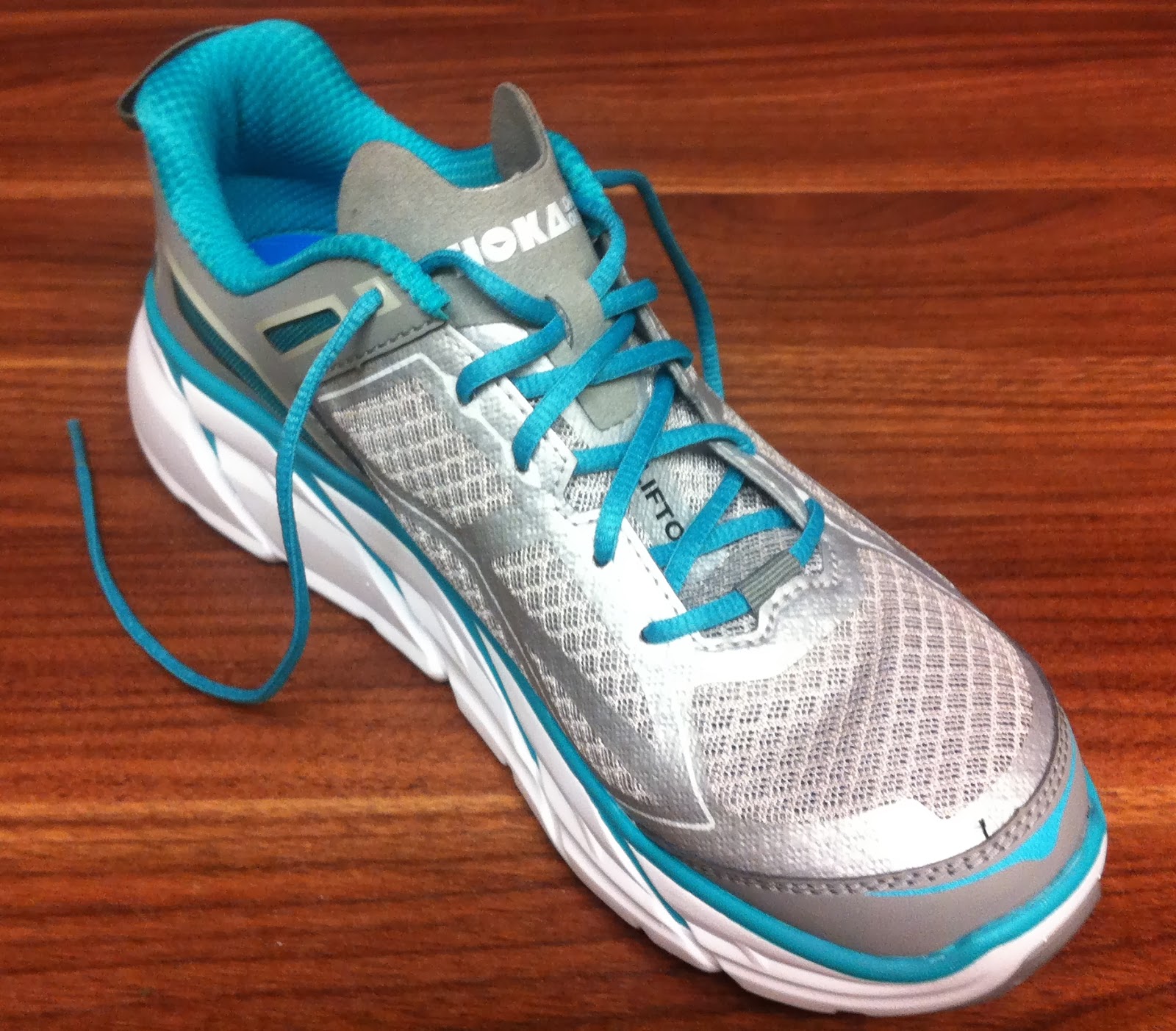 They look nice and cushioned, don't they?

Would you believe me if I told you these size 5.5 weighed 193 grams (6.8 oz) ?  Didn't think so, so I did a photo comparison between the Hoka Clifton and the ridiculously light Adidas Adizero Adios. 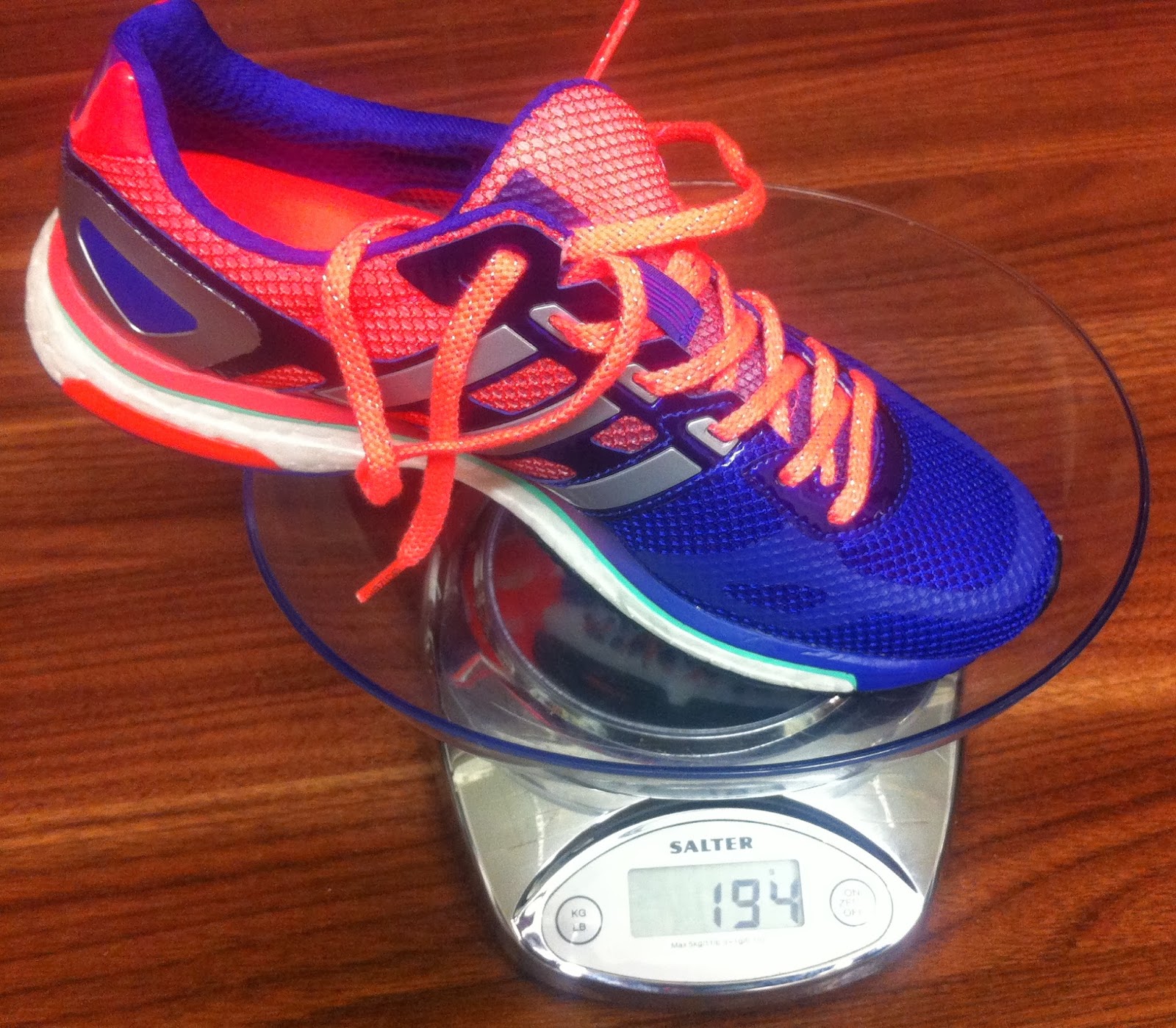 Shocked?  Me too.  I know it's only one gram, but it's hard to believe that a cushioned shoe could be lighter than a racing shoe.  And they are so comfortable.  It's like wearing slippers made of fresh air.

I'll be honest, although I'm a Hoka gal, I do mix up my footwear.  Any competitive runner will know that there's no one shoe fits all when your training schedule calls for a variety of sessions and terrains.  Originally, Hoka were most suited to super distance runs and races, but the new models will change that.  The brand even have a sponsored track runner!

Even True minimalists and lightweighters who tsk at the mere site of a chunky sole could fall head over their low-drop heels with the launch of the new Clifton.
Posted by Debs M-C at 18:59 3 comments: