There are few offenses more certifiable than a rep session on Christmas morning. I think the back of my head is still burning from all the glaring eyes. Hey, it's on the schedule so it had to be done. Coach Lesley did say that I was to be flexible round the festive season, as even she didn't think I was mad enough to follow it so strictly.

I had a very restless sleep last night. Despite being 32, I still get very excited about Christmas. Marco ope 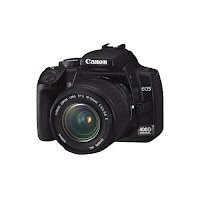 ned his eyes at 5am to have me glaring and shouting: "Can we get up yet? Can we? Can we get up YET?". He finally succumb at 5.30am saying: "Maybe we should have kids, so we can have a lie in on Christmas morning". Santa brought me lots of great goodies including a digital SLR camera, a Garmin 50, a lightweight headtorch, ipod radio connection and lots of pamper stuff. I feel positively spoiled.

I headed out for my run at 10am - full of Christmas joy and high on Liquorice Allsorts. Nothing too tough. It is Christmas after all. 4.5miles of one minute intervals. Finished my Balloch - Bonhill Bridge route in 33.57. That's 18 seconds faster than a few weeks ago and almost three minutes faster than October. Surely that deserves a chocolate or two?
Posted by Debs M-C at 11:47