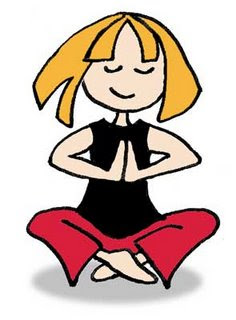 I know. How lame is that? I never thought I'd see the day that I would attend (let alone willingly pay an extortionate fee to attend) an antenatal yoga class.

I searched numerous venues, but the only suitable class was held in Balance in Glasgow's west-end on Saturdays at 1pm. It's such as rubbish time as it's smack-bang in the middle of the day, but I figured it's only a temporary inconvenience. The classes are booked in blocks of five and I was grouped with the 30+ week gals.

I didn't really know what to expect, but I guessed it wouldn't be as strenuous as my usual class. I really didn't expect such a grand turn out though. Mind you in the west-end yoga must be an essential part of antenatal care. Possibly even their weekly "exercise" in take.

Being in the same room with 25 other waddling bumps was quite a surreal experience. it was funny watching people eye each other up and down.

Today's class was more of a introduction to the course, but as suspected it was a bit on the tame side. It's mostly about breathing and relaxing, with lots of labour chat thrown in. I don't have the best concentration span, so I really had to focus to stay with it.

I'm sure it will be beneficial over the next couple of months.
Posted by Debs M-C at 15:37