My first ultra race of 2010 resulted in a big fat DNF. Short for Do Not Fking mention the D33 :-) I'm not going to whine and bitch or give a blow-by-blow account of when the wheels fell off. Quite frankly, the wheels weren't even on from the off. This ol' banger was on bricks and totally delusional that I could run on empty.

I felt as sick as a dog when I arrived in Aberdeen on Friday evening. I went straight to bed without dinner. I'll spare you the graphics, but I had quite a restless night. Breakfast involved gagging on a slice of toast and banana.

It's a long way to go without so much as a pair of dirty socks, so I thought it would give it a bash. I lasted about three miles. Knowing that Sonic's friend Tom (who is also his "big, big boss") was waiting at the turning point, I knew I had to get to 16.5 miles. Cursing myself for not carrying a mobile, I got slower and slower. A comfort break, bit of walking, spraying Skittles and a motivation chat from Keith, which followed the form of "Do you want a gel? Do you want a hug? Do you want a bunch of TOUGHEN THE F**K UP?"...and I was out of there. I even took my number off and hung my head in shame, as I was passed again and again. The comment "Hey, Debs. What are you doing back here?" was the nail in the coffin.

I got to the 16.5 mile turning point where Tom, Caroline, Mama Sonic, Cairn and Connor were waiting with cheers and supplies. I withdrew.

All was not lost, as Sonic finished in a fabulous 5th place*. And it was great to see some great performances from WHW family folks.

Well done to George Reid and all the stewards. It's a cracking, well-organised race. With chocolate and beer for the finishers...oh, and the DNFers too :-)

And now for the :-) part of the tale. Just to prove I'm not a complete woose, I sucked it up, gave myself a boot up the backside, forced down some pasta and went out for a 24-miler on the WHW on Sunday. Milngavie to top of Conic and back to Drymen. I resigned to the fact that I wasn't going to eat, so I was doped up on Coke and Gatorade. Magic.

It was nice to see so many runners out and lovely to bump into Lesley. There's a lot to be said about the spirit of the West Highland Way. I finished on a total high and it gave me back the confidence I lost the day before.

As for the DNF. Hey ho, I believe most things happen for a reason. My last DNF (Great Scottish Run in 2007) was probably the best thing that happened (running wise) to me. Lesson learned. It's onwards and upwards. Just Do Not Fking mention the D33 :-)

Some pictures of the occasion... 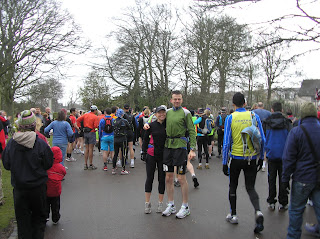 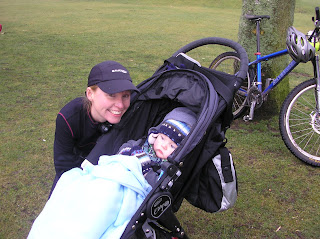 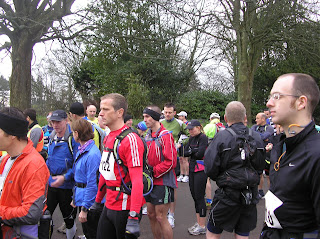 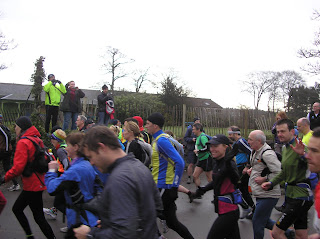 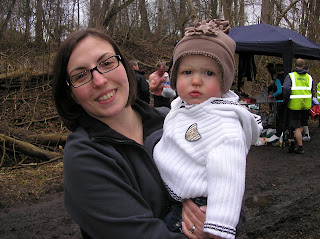 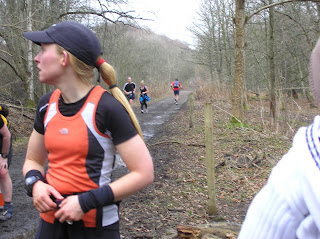 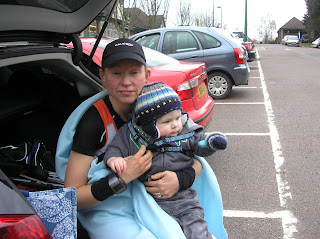 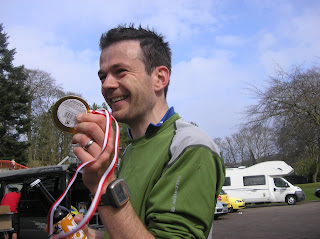 * Sonic wants me to write that he is my super-hero. He keeps going on about his "fabulous splits". I'm trying to pretend I'm interested, but I can't quite get there.
Posted by Debs M-C at 22:18

So Sonic can do the splits, can he? Looking forward to seeing that! ;-)

Sometimes TTFU just doesn't work. Glad you had a fab run on the Sunday tho :)

Yes, Sonic and splits. Will he be wearing tights too?

Bummer about the race, but I wouldn't dwell on it. Move on to the next race.

I'd be more worried about not being able to eat. Your last few blog posts seem to contain a lot about you not being able to eat and then having to run on empty. What do you think is happening? I'll state the obvious and say if you don't go into an ultra with a decent amount in the tank you'll almost certainly bomb out.

Bummer Debs. I was thinking of you too. These things happen - crappy at the time, but I think, no I know you got further than me if I had been up half the night!
I reiterate what Brian said, it seems you have a bug in your system or something and it may be wise to head to the doc and get a course of something to clear it up rather than running yourself into the ground - literally.

I promise I won't ask about the D33on Sunday during our run.

Just make sure you have enough to eat on Saturday and a good breakfast!

Great day for it on Sunday eh?? Hope some of that snow's shifted tho!! x

I hope you cheered yourself up with a Easter Egg. I have being feeling better about my 'short' walk since I ate a Lindt chocolate bunny all the way from the ears to the tail....

Look after yourself and hopefully see you soon

Sometimes TTFU just doesn't work. Glad you had a fab run on the Sunday tho :)
home jobs india