He was the greatest. The best in fact.

It's taken me a couple of days to mentally compose my "goodbye" to one of the best people I have met along my journey of life.

It was a year ago today that I posted the entry "Oi, Dario! Where's my goblet". A year ago since he jokingly imposed my lifetime ban for having a "support" runner. But five days since Dario's life was cut short. Turns out the man with the biggest heart, had a heart that failed him. The Daddy of the West Highland Way Race left us on the hills of Lochnagar - surrounded by the friends who loved him.

Like everyone who met him, he had a huge impact on my life. The race really gets under your skin. I often think it's a cult. And now the head of the "family" has gone, everyone has been left lost and heartbroken. 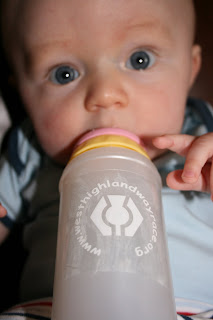 
Last Friday he had asked Marco to help me put on four stone, so he could beat me in the Devil's race. I promptly replied with he'd have to cut off my legs too. I'd do anything to see his wee stumpy legs running passed and hear his infectious laugh.

Here's the picture I took of him in last year's Devils. I remember having to push him on, as he wanted to stop for a chat. And boy could he chat. 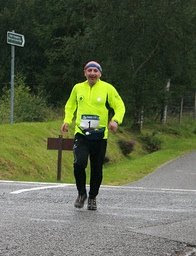 Not only is his departure a huge lose to the running community, but the telecoms industry could be in danger too :-) If BT said it's good talk, Dario thought it was great to talk. I doubt anyone had a converstaion with Dario that lasted less than an hour. He was like a little fish-wife - always too willing to tell you things you know he shouldn't. I always ended a conversation with Dario and went straight on the phone to Sonic with "you'll never guess what..."

Every time I step foot on the WHW I will have a moment for Dario. I'm sure he'll be looking down on us all. And if he's wearing one of his usually ghastly-bright ensembles, chances are we'll see him.

Dario, I'll miss you buddy. See you at the Devil's race in three weeks. Don't be getting cocky though - make sure you stay behind me :-) xx
Posted by Debs M-C at 08:14