From 5K to more on the Way

Saturday: I got a PB in the Glasgow Parkrun 5K :-) Just a piddly 23:32, but a PB's a PB. As Sharon would say "I don't have a fifth gear", so short speedy races are not for me. But I must say, I really enjoyed it. Even the nasty hills. When I told Sonic of my enjoyment he informed that I "didn't work hard enough". Probably wise words, but I like to come away on a high rather than having my eyes hanging out of my head.

Sunday: I went on a run with Sonic on the Kilpartick hills. Yes, me running on hills. With Sonic. And we didn't even fall out once. Even despite the fact that his course description could be deemed as false advertising. What was billed as a scenic "trail" route was in fact knee-deep in sodden wet grass. I'm sure the views were amazing, but we chose a really wet day and I could barely see my feet. 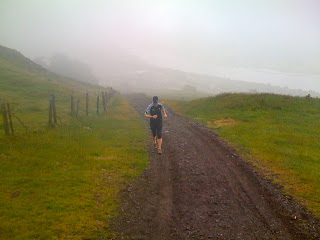 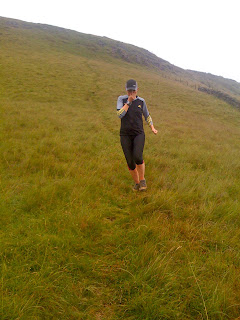 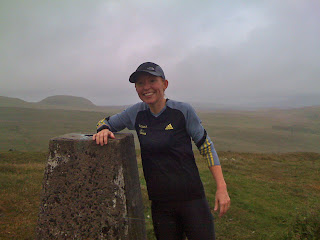 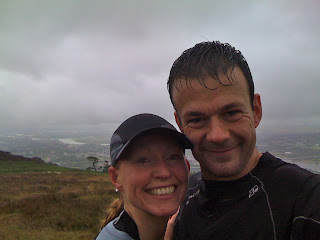 Thursday: 6m club run. It was on the Kelvin Walkway and then on to Great Western Road. Enough said.

Saturday: This was to be my longest run in preparation for the Devil O' the Highlands. A nice 35 miles from Bridge of Orchy to Fort William. I didn't have any times in my head, I just wanted to get the miles in my legs. No pressure, so I just went out and ran how I felt. It seemed to work, as I felt brilliant the whole way. The weather was perfect for me - wet and wild ;-) Bit treacherous on some of the descents though - especially the Devil's Staircase, which had turned into a river. And it was mighty chilly at the tops. I finished in 6:30:56, which is not too shabby. I felt really strong at the end and even managed the last few miles in 7:30m/m. What started out as a day of jogging, turned into a race against the clock. It's been a real confidence booster. I'm still on a high. All I need to do is add on another 6/7 miles, throw in some race day adrenaline, mix with a dollop of healthy competition and I should be aiming for 7hr 30 mins on race day, don't you think?

Sonic did a stirling job as support. He was great. No stopping and messing about, just a quick drop off and pick up. That's the way it should be on shorter distance ultra marathons (now that's an oxymoron). I didn't take on a lot of food and drink, but what I did have was perfect. Two GO bars, two gels, 100g of jelly babies and some dilluting juice with Nunn tablets.

You are doing AWESOME!! LOve that you ran w/ sonic!and the PB! good for you!

piddly 5k time my ass (or do you say arse?)! BUT then again you're running 35 miles AT ONCE, so i guess i shouldn't compare!

Fantastic running Debbie.
7:30 will be a breeze for you!!

You did fab on the 35 miler. You looked so strong at the end that I thought you could have turned around and ran back. You are in fantastic shape for the Devils and will get a time that you will be pleased with and I will be proud of.

I can't have been the only one to misconstrue "more on the way" in the title of your post!