A combination that requires military precision and planning. But to be fair it's been a lot easier than I thought it was going to be. I envisaged Sonic and I bickering about who's turn it was to go running, but it's been pretty smooth. Sonic's lunchtime training group "with the fast boys" frees up the evenings for me. And Mama Sonic kindly volunteered her grandmother services so we can both go to club training on a Thursday. Perfect. The weekends usual take a bit of planning. Especially with Sonic's high mileage - and his inability to carry anything more than a Lucozade bottle and a gel :-) - has meant that Cairn and I had have spent a fair bit of time following him along the West Highland Way. Poor kid definitely got the short straw when choosing his 'rents.

Last weekend we were at Center Parcs for four days, which was great. Sonic had organised it as a surprise for my birthday, but Mr Center Parcs posted the booking pack in a clear envelope. Doh! We had a fabulous time. The weather was sunny, but cold. It was nice to go for little jogs (one in, one out), long walks and nice dinners. We took Cairn to the swimming pool, which he seemed totally unfazed about. He was more interested in what was going on around him. It will be great to go back next year, when Cairn's a bit older. And I can take the baby jogger :-) 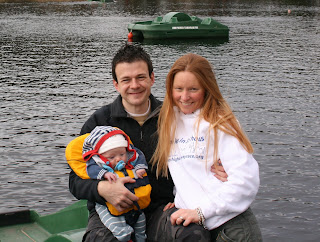 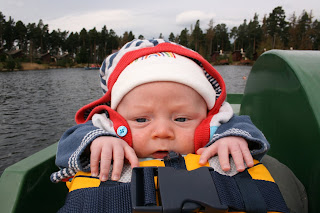 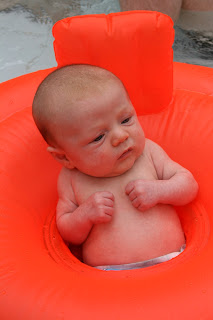 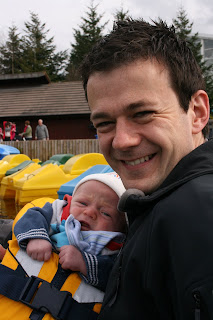 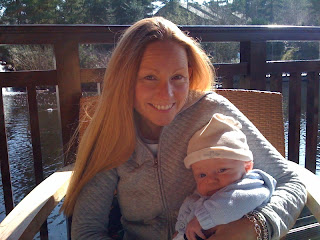 On Monday, when we got back, I went for a easy 3.5m run. On Tuesday night, I went out with our local running club, Milburn Harriers. They were planning a 12 mile trail run, a bit of a step up from my ONE 10 mile road run. I thought I'd give it a bash. After all Dario assured me my legs would remember the distance :-) So off I went with Davie and four of his buddies - who referred to him as TomTom. Davie took us on a fabulous tour of the local countryside. I'm a self-confessed stuck-in-my-ways runner, and don't tend to venture off my ol' faithful routes. I like to know where I'm going and how long it is. Sonic, on the other hand, is very much an off the cuff route master. I was a bit sceptical of Davie's intentions and navigation when we were apologising to farmers, climbing fences (not Davie's forte) and stomping through water-logged grass, but I had a great time. As suspected, I HAD bitten off more than I could chew, as I arrived home completely broken. I walked through the door like I'd lost my horse. My hamstrings were in tatters. But, thankfully, I was as right as rain the next day. I can't be as unfit as I thought I was.

My legs were a bit rusty for Thursday's seven-mile club run, but I plodded round the undulating route with Sara. I'm a firm believer that how you handle hills suggests how fit you are. Although it's getting better, hills remind me that I need to fit in some speed work.

Today, I was feeling a little delicate after drinking too much wine and analysing the world with Sharon and my Sis, so there was no running for me. I took my niece and mini-me, Beth, along to participate in her first fun run. I didn't want to be the pushy Auntie, but she was really excited about it. Actually she spent half an hour before the start, racing the boys up and down the carpark to see who was the fastest. She wasn't quite grasping that she was using up all her energy. Anyway we've got a mini endurance runner in the making. All the kids sprinted off at the start, but Beth ran the whole 1.5 miles without stopping. She was smiling and waving when she crossed the finishing line and was running about five minutes later. Everyone came up to tell me how well she had done and what a great wee runner she was. I was as proud as punch. She's desperate to do another race...so watch this space. 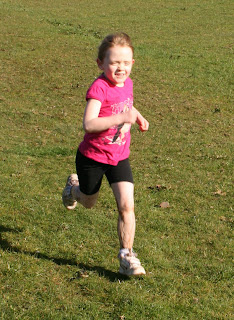 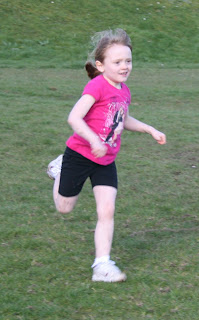 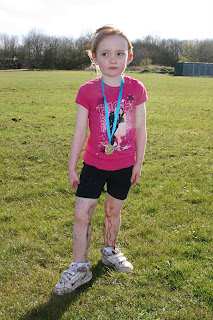