Trip to the seaside

One of the best things about running is the view. And it doesn't necessarily need to be picturesque or scenic. Rural or urban, I just like looking at things. I've lost count of the amount of times I've stopped in my tracks to browse in a shop window or to check out the menu of a restaurant. Of course, when I'm out of town or off road I do love a "wow-wee moment" when you take in your surroundings.

But, my favourite is house spotting. I just love looking at houses. Not the modern ones, that are dated by the time the owners get the keys, but the ones with real character.

Last weekend, Sonic, Cairn and I went to Bournemouth to visit BrotherSonic and the gorgeous Gillian. That was like a wow-wee house spotting session. Lovely thatched roof cottages, Victorian townhouses and contemporary apartments. Unlike Glasgow, property is referred to as condos or villa. No maisonettes or end terraces for the affluent folks of Dorset :-) It was like house spotting heaven.

After taking Friday off work to do a 37-miler with the Gibbering Midget - to bring my mileage up to 120 over eight days - I was aiming to have a "normal person's" weekend. Sonic and BrotherSonic, on the other hand, were doing the Blackmore Vale Half Marathon on the Sunday.

The relaxing Saturday started with a visit to the shore. Their apartment looks over Boscombe Pier - so very handy for a seaside jaunt. Also very handy for quick retreat when Cairn was caught by a wave shortly after this picture was taken. 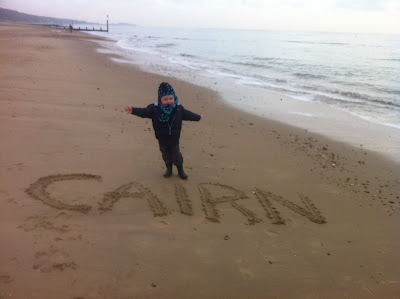 Then it was a vist to Farmer Palmer's Farmpark 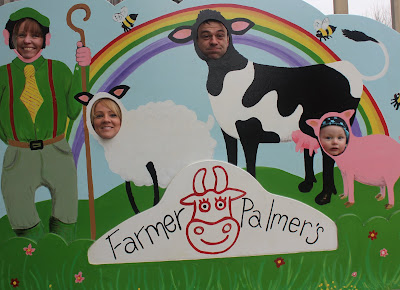 So the kids could burn off some steam.... 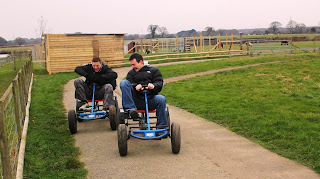 When we originally planned the trip, I was going to do the half-marathon, but I wimped out. To be honest, after being out on the course, I knew I'd the made the right decision. It was a little cheeky to say the least. Undulating doesn't even scratch the surface. The guys did really well though. Sonic finished 6th in a time of 1:18.38 (he may have mentioned a few times that he beat Jez Bragg's time from last year's race by a few seconds). BrotherSonic smashed his PB by over five minutes to finish in 1.26.58 - on a course which is certainly not a PB course. 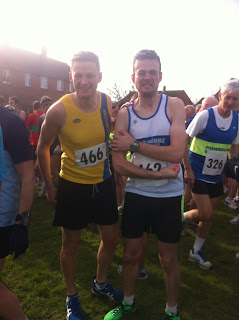 On Sunday afternoon the urge to run on Sunday was too great. It's such a gorgeous place, it would be rude not too. On Sunday afternoon I did a leisurely 12-miler along Bournemouth promenade with a loop around Sandbanks. Jeezo that was extreme house spotting! It's the fourth most expensive place to live in the world, so you can just imagine. It was even worth the trip just to look in the estate agents' window. It's a good job it was closed, as I was practically drooling all down it. I've now got my eye on my dream home. A bargain a £7.7m. Think I might need to curtail my random purchases and shoe fetish for that.

Sandbanks is a peninsula which is only one square kilometre, so I think it would make the perfect 24-hour race route! Although I might have a bit of a creek in my neck with all the noseying I'd be doing.
Posted by Debs M-C at 07:34

Had to click on the link - yeah I cope with living in that house too! Caroline x

But it's a long way from Scotland!!

Great post, lovely to have you guys down. Come back soon x