Hello! I know, it's been a while. January was such a quick month, although it was like the perfect race - started slow and rusty (with a dismal performance in a short road race) and finished on a high, with some confidence-boosting sessions and long runs.

I was full of great intentions about posting my vague plans for 2012, but really even I don't know. All I know so far, is that I'm going to do the Glasgow to Edinburgh Ultra on March 31 (57 miles on the canal) and the Grand Union Canal Race on June 2 (145 miles on canal). Then it's a bit up in the air thereafter. To be honest, if I don't throw myself in a canal it will be miracle.

I'm going to focus on the two races and fore go the temptation to complete the required four races in the Scottish Ultra Marathon Series...for now! I toyed with the idea of doing the Highland Fling. Actually, I'm still toying, but there's been chat about an organised training run to cover the last 70 miles of the GUCR at the end of April, which will be more beneficial.

I'll have to admit, I'm genuinely worried about my lack of navigational skills. I've ordered the maps, but really, I'd rather not have to faff with them on race day. Especially in the dark when I'm 100 miles down. Refer to previous statement about throwing myself in the canal.

So, this year there will be more focus and more time recovering from races and training for the next. Not just race, recover, repeat a la 2011.

Which brings me nicely on to my next random purchase (Well, it was a gift from Santa): A vibration plate. Firstly, lets ignore the sh*te about it burning calories and melting away fat. Personally, I don't buy it. And regular readers of the blog will know I'm a little bit gullible when it comes to the latest fad and gadgets. This random purchase is for muscle recovery. After using it for a month, I can safely say I LOVE IT. I've been using it daily and I've had no muscle fatigue or stiffness. 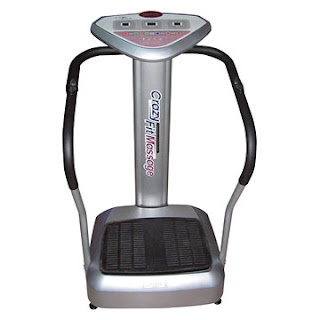 I don't do any of the fancy moves that you're supposed to. I literally just stand on it.. clenching my jaw so my teeth don't rattle. There's no contortion, sweating and panting. Just lots of jiggling. Apparently, these are the benefits of using the vibration plate on a regular basis. I'd take some of them with a pinch of salt.

Nice toy!
Ample recovery post race sounds a good plan.
Our January's have clearly been v different - it has been a v long month for me.
Happy running!

I'm loving using the power plate too for stretching and massage and think it's really helped. Can't say I've seen any other benefits though! Hope february's training contines the way January finished for you! Caroline x

So that's the recovery shake everyone's talking about!!!
I thought these were drinks!?