I'm now three cross-country races down. Who would have thought the girl with an adversion to such a pursuit, would willingly volunteer? I'm assured it's great training, although I remain unconvinced. Stoatin' about in an uncontrolled manner is something I'm well-trained in, but there's usually a few vinos involved.

So, since my last post, I've done Dumbartonshire CC Relays in Helensburgh and the National CC Relays in Cumbernauld. I loved the route in Helensburgh. A nice hilly trail. Perfect. Of course, everyone else seemed to dislike it. Weirdos.

The Nationals in Cumbernauld was torture. Not only was the course brutal, but I'd been on a work leaving do the night before and mucho juniper juice was consumed. 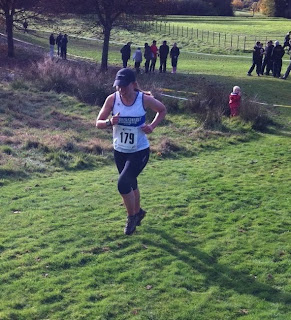 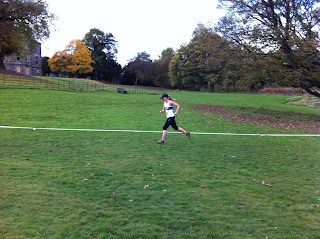 Look, someone stole my neck!! 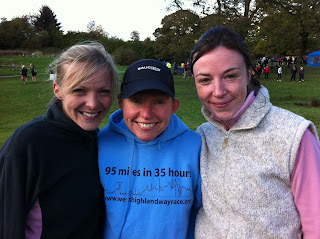 We're now into November and I've still clueless about what I want to do for the rest of the year. I'm still half-heartily training for an imaginary 10K. And the most I've run since RAW is 15 miles. I don't lack motivation, just direction.
Posted by Debs M-C at 21:15