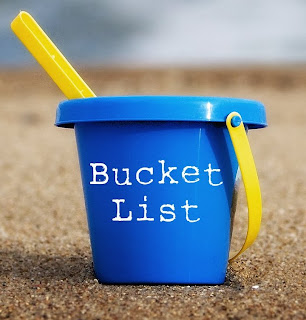 I don't plan on checking out any time soon, but I love a good to-do-list. Granted I may have to rely on a lottery win, a full-time nanny and advances in medical science to see me through this list, but a girl can dream. And writing (or typing) them down is a step closer. I don't know about you, but I want to do everything. Running magazines, internet browsing, blogs, social media etc..all just add fuel to the fire. There are so many races, but so little time.

Himalayan 100-mile Stage Race: I think I have mentioned this race quite a few times over the years and it - in my eyes - rightfully deserves it place at the top of my bucket list. The race is run in October over five days of 24 (with 10,000ft), 10, 26, 13 and 17 miles. The course is most often described as the "most spectacular running course in the world" due to the panoramic views of the world's highest mountains. I would love to the do the Everest Marathon one day, but I'll need to wait until Cairn is old enough to join me on the 26 day trip. 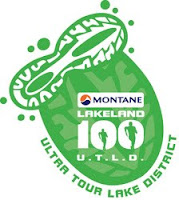 Montane Lakeland 100: This was on the cards for this year, but I changed early on in favour of the Grand Union Canal Race - for reasons which escape me. Known as the "Ultra Tour of the Lake District" the long-distance trail is a circular route which encompasses the whole of the lakeland fells, with approximately 6300m of ascent. With a failure rate of up to 60%, the finisher's medal is a treasured possession.

Comrades Marathon: The ultimate Human Race. Although on a 55-mile course in South Africa is a little more than a marathon, so could be accused of false advertising. The race attracts a huge field of 12,000 runners and has some extraordinary traditions. Firstly, in odd years the course drops down 2,300 feet from Pietermaritzburg to Durbam. The next it reverses itself up the hill. My South African friend, Rob told me both ways are just as challenging and you're not a true Comrade until you've done both. Then there's the race numbers: International runners get blue, runners in their 10th year get yellow. Once you've completed 10 you get a green number, which is yours forever. No on can ever wear that number, apart from you. Ever. The most notorious tradition is the gun fire finish. Participants must finish within 12 hours. 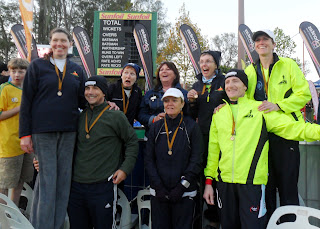 At 12:00:00 the race director turns his back on the runners frantically trying to make the cut off time and fires a gun. It's game over. You can finish if you want, but there's no medal, no time and no record. No point? To some South Africans the runners who goes the distance, for nothing, is more symbolic than the winners. There is some solace for the first non-finisher, as he or she becomes an instant hero after being interviews like on TV and pictured on the front page of every newspaper. (This is a picture of our Comrades from Carnegie Harriers watching the gun fire)

Marathon de Sables is a 151 mile race - over 6/7 days - across the Sahara and is recognised as one of the hardest endurance races in the world. Mid-day temperatures can hit 50 degrees and the course is rocky with a huge chunk over sand dunes. Plus, competitors need to carry everything - with the exception of a tent - for the duration of the week. I know, I know, I bitch and whine at the first sign of heat and I carry more than my body weight just going to the work, but if it's the toughest race in the world then it's got to be on the list.

The Ultra-Trail South West is billed as UK's toughest footrace. It makes my bucket list because I just love the area and would love to explore more on foot. 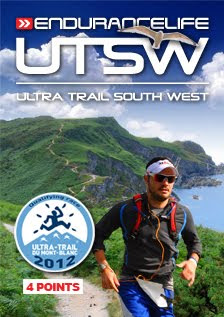 The UTSW (there are 60 mile and 100 mile options) takes place on the South West Coast Path, which is a beautiful, continuous, 630 mile, way marked trail that follows the rugged coastline of the UK's South West peninsular. Originally created to enable customs officers to navigate from coastal villages to remote coves and inlets to deter smugglers, the path weaves from Poole in Dorset to Minehead in Somerset boasting a total vertical gain of 35,031 meters. Each year the UTSW course will move to a different section of the SWCP. This has huge potential to be my 2013 focus.

Spartathlon is a historic 152 mile race that takes place in September in Greece. The Spartathlon revlives the footsteps of Pheidippides, an ancient Athenian long distance runner, who in 490 BC, before the battle of Marathon, was sent to Sparta to seek help in the war between the Greeks and the Persians. 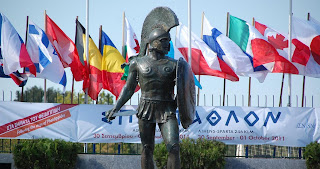 According to the ancient Greek historian Herodotus, Pheidippides arrived in Sparta the day after his departure from Athens. In 1982 five officers of the British Royal Air Force travelled to Greece to ascertain whether it was possible to cover the miles separating the two towns in one and a half days. The team showed that the report by Herodotus was entirely plausible and so the race began.

Ultra Tour du Mont Blanc: I saw this race unfold from the sidelines in 2010 and it quickly eclipsed anything I'd ever run. If all the other famous races claim to be the "toughest", "best", "most spectacular" I think this race has earned it's place as the Mother F*%^$r of ultra-running. 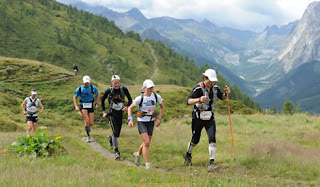 You could get a nosebleed just looking up at the peaks. Starting in Chamonix (France) the route is a 105 mile circuit of the alps taking in nearly 10,000 metres of ascent in France, Italy and Switzerland. Huge respect to the those who are the proud owners of the fabulous TNF gilets.

JOGLE: That's the full lenghth of the UK from John O'Groats to Landsend. A mere 860+ miles. Ultrarace.co.uk organise a trip which cover 55 miles per day for 16 days. The £2000 entry fee might seem a bit steep, but it includes travel, accommodation, food and support.

Dubai Marathon: I was brought up in Dubai (in it's pre-Vegas days) and would like to return some day. Tokyo Marathon: Simply because it a city I've always wanted to visit and the Toronto Marathon: for the same reason. Disney Marathon: because the medal is awesome and it just looks like good fun. Although we're going to Florida next year, so we might have to find a suitable alternative. 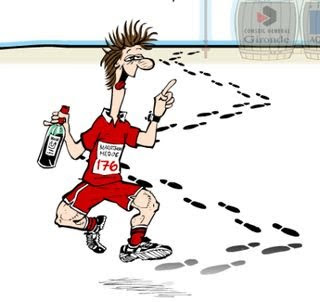 Marathon du Medoc, because it combines my two favourite pastimes: Running and wine-drinking

Ironman: This isn't even on my dream list. I WILL do an Ironman one day. I just need to dedicate the time and respect to the event deserves, so I'll wait until my ultra-running legs start going in reverse. 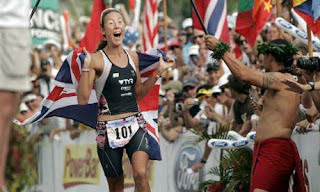 The Ironman began as a challenge between a group of Navy Seals and consists of a 2.4 mile swim, a 112-mile bike ride and a 26.2 mile run. I've been working on my swimming for the last two years (with this long-term goal in mind) and I think I've got the running covered. Just the small matter of the 112 miles in a saddle and an open-water (gulp!) swim then.


Ben Nevis Race is up and down Britain's highest mountain at 4406ft. I've been up the Ben quite a few times and the thought of doing it as a race is quite frightening. Last time I was up there, Sonic popped the question. About 10 minutes before I stepped on ice and covered half the descent on my backside. I think he was hoping to cash in on me early :-) 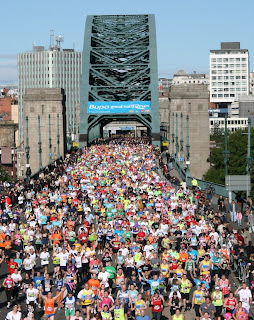 Great North Run half marathon. just for sh*ts and giggles. And only in fancy dress. Just because.

That should keep me focused for the next decade or so. Although I'll probably add to the list more than I'll tick off. I'm off to put a few extra lines on this week's lottery.
Posted by Debs M-C at 22:49

Looks frighteningly similar to my list although you can forget the marathon de sables - I like sand like you like caves/tunnels! The Ben is a complete blast - a lung busting; scree tripping; grassy bank sliding; jelly legged as you hit the road, blast! Oh to ffwd to the future when my body may not continue to fail me. What a great bitter sweet read.

I'd like to take a stab at the FKT of JOGLE - it's been done in 9 days - I haven't looked up who it was, but I think I could narrow it down to one or two people pretty quick.

What a great idea. You have us all thinking now.

cant believe you're running along a canal instead of around gods country ;)
i so want to do the 100 but only if i feel i can be one of the 40% !

I reckon Montane should sponsor you to do all of them. That would be nice. And generous! ;-)

Doing the MDS next year, I suffer in the heat too...hmmmm...not exactly sure why I have signed up for it now. :-)

for the Disney one if you do the 3 races you get 4 medals its on my list! Le Medoc, now youre talking...