Hi folks. I know, it's been a while. I'm always full of great blogging intentions, but somehow get caught up the day-to-day duties of the rock 'n' roll life I lead. It's just a whirlwind of working, running, feeding, washing, tidying, cooking, cleaning..and that's just looking after Sonic. Actually it would be more accurate description to say I just go round and round picking up things, but the place doesn't get any tidier. We have decided to rename number one son HurriCAIRN. It's an evil combination of far too many Christmas toys and a mobile child. I didn't even buy the bloody duplo bricks, but I seem to spend my life picking them up.

Well, since my last post, things have somewhat improved. The snow and ice and cleared and I have managed many good runs. I didn't moan going round a track (I was glad to pick up the pace) and was delighted to get back to averaging 7.30 (ish) for my tempo runs. My calf is still giving my gip, but it's definitely on the mend.

I've had two consecutive weekend of cracking long runs. The first (Jan 16) was with Jill and three of the boys from the club. Sonic devised the route, which meant it took in every nosebleed hill in the West of Glasgow. Let's just say his ears must have been burning. Quite happy to average 8.45, even though I was a few jelly babies short of a great run.

On Sunday there, I ran on the WHW with JK Blog, Sharon and David (JK's clubmate, who has entered the Fling). Pictures curtesy (well pinched from) JK Blog. 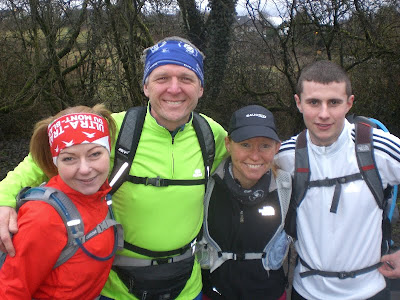 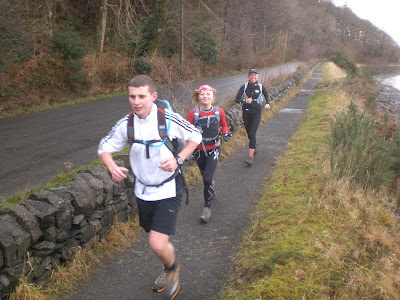 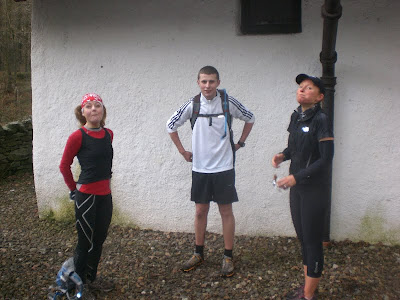 (The last one makes me laugh, as Sharon and I look like we've been caught with our hands in the cookie jar!)

All in all I had a great run. Lots of peaks and a few troughs. My calves were ok, but I managed to bash my toes to bits. Amateur mistake really, as my socks were too thick for my trail shoes.

Now that I've got boring running stuff out of the way... Cairn was one last week. Can't believe how fast the year has gone. We took him to the Edinburgh Zoo for his birthday. Trust me, there's not much to do with a small child on freezing January day. 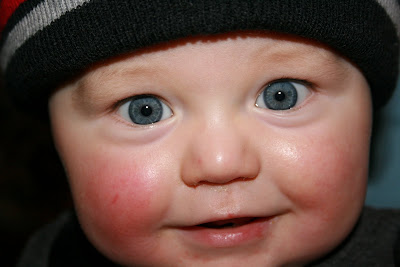 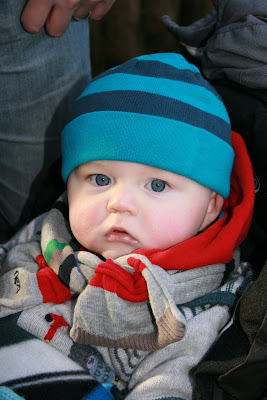 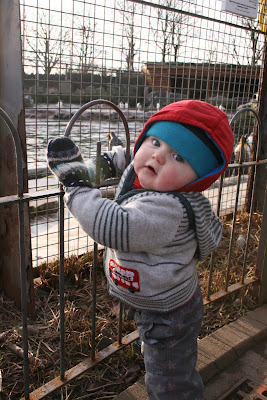 We spent the night at the Holiday Inn (next to the zoo) so took him swimming in the morning. Sonic had been to Hampden for a fitness test recently and was told to do some aqua jogging...

Bad news.... I just found out that this isn't how you do aqua jogging... :-( you need water that is too deep to touch the bottom. So instead I just look like a t*t.

No wonder Cairn was laughing... :-D