Even with the best intentions, I still have to rely on being injury free and remain at mercy to the weather. Although my intentions are honourably, the picture below would best depict my approach to training thus far. 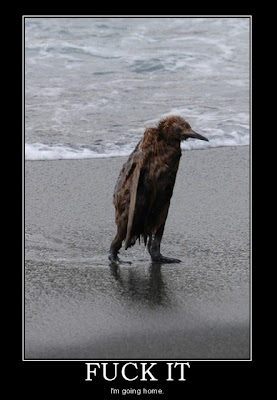 I've had enough of shuffling about in the snow and ice. Apart from a few rural run (which have been most enjoyable), most have been on the glass pavements of the urban jungle. My calves have given up the ghost and even my jaw hurts from clenching in sub zero temperatures.

Last night I even went to the track at Kelvinhall with some (equally p*ssed off) Garscube folks. I know. Me? At a track? And, more importantly, actually enjoying it. Last time I was at the track I spat the dummy during the 20 warm-up of going round and round and round. I stomped off to the stadium seats declaring it was "f-king pish" and refused to join in until the reps. OK, not my finest moment but you get the gist of my track opinion.

I'm still working on my plans for 2010. Maybe because I waiting on the green light to start training for 2010. Here are my key races and races I would like to participate in so far...goals TBC.

Himalayan 100M stage race? We have already checked out the website. Sounds very interesting! Promising spectacular views. If it wasn't for the long haul flight I am sure Thomas would sign up! Silke

Sounds a great year! Best of luck with it all and looking forward to reading, and hearing hopefully, all about them all!
Caroline
x

The Himalayan has long been on my long term plan list! Fantastic.I think that is a really good plan - I think doing the Cateran in May will be far more beneficial than the Fling - may be wrong, but that seems very wise to me.

I love the snow - spent my entire youth on skis and when I say I love it, I really mean it, but even I am getting a little frustrated. I'm feeling like I could get back to running after my first trimester hell but just daren't as everywhere is sheet ice - yes even in the country - and I don't think babba would appreciate me landing hard on my butt - so I will have to make do with my bike.

Debs, that sounds like a plan to me!
And you will be flying this year!

Although I am glad the Himalaya 100 miles are a "stage" race. Otherwise I would call you crazy...
;-)
cg

Great plan for the year! Hope it all goes according to plan :o)
Lesley

Good plan though I still think you should do the Fling!!

Do you have a training plan to make it all happen?

and, time to disable anonymous comments! i had to on my blog too..weird shit.

Good post and this post helped me alot in my college assignement. Say thank you you as your information.

Haha- thanks for your comment. "going for it again" - not my choice! Happy Birthday Cairn!

95 miles at 10 weeks?? Are you kidding? I did the marathon around 7 weeks and sucked big time!

Hi Debs, did you sign up for the himalayan 100 mile stage run in october, i just got my acceptance through and was wondering who else was running, sounds a fantastic event - although its a lot further / higher than i normally run.