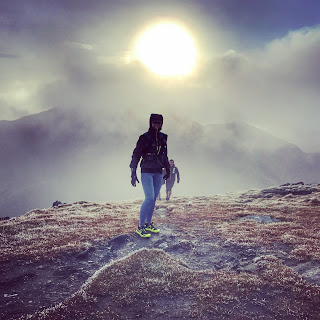 I’ll be upfront and say I got these shoes for free - before the launch earlier this year -  to test them out.  So before the purists and sceptics jump on their soapbox, I thought it best to reserve judgement until I put them through the wringer.  400 miles of wringing.  Even though I fell in love with them instantly. 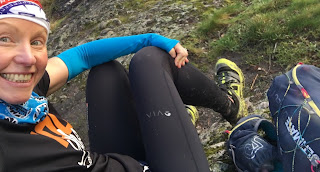 There was a lot of hype around the launch of the SCOTT Supertrac RC.  I’d seen pictures of some of my idols donning the flagship #blackandyellow shoes and couldn’t wait to get my hands on a pair.  Obviously I jumped at the chance to try them out.  Despite my many years of working in marketing, I’m an absolute sucker the next-big-thing.

My first impression was they are lighter and sturdier than I thought they would be. I wore them straight out the box on the Ben Lawers ridge, a mere seven Munros in the Scottish highlands in December.  We pretty much had all terrain and weather that day and the Supertrac RC were a dream.
I look for a shoe that gives me confidence on mud and wet rock.  I’ve had so many accidents 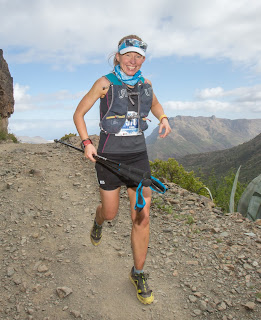 over the years and every time crash I get a little more timid.  Other that the Inov-8 X-Talon I didn’t have much faith in shoes.  Especially a shoe that’s designed for trails, rather than fell or hills.
Living and training in Scotland, it’s a great place to put them to the test.  I’ve taken them on short hilly muddy runs, long off-road runs, snow-covered wainwrights, rocky paths, lots of bog, compressed trail, grassy descents, wet rocks and icy Munro tops.  They’re pretty much a Jack-of-all-trades shoe and perform really well on varying terrains - especially well on rocks and mountainous courses.
I wore them for last month’s Transgrancanaria 125km and boy I’m glad I did.  I was debating in the lead up whether to wear them or the Salomon S-Lab sense.  I definitely made the right decision, as there were a few muddy sections and the rocks would have destroyed my feet.  Even on the notorious dried riverbed section, I didn’t feel anything under my feet.  More importantly for the first time in nearly 10 years of ultra-running and almost 40 ultras, I didn’t get a single blister or have any foot issues. 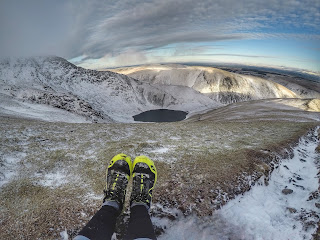 I’ve had a few pairs of SCOTT shoes in the past.  I bought a pair of the Kinabalu years ago, because I liked the colours.  True story.  And a pair of the Rockets – where the lugs fell off (no joke!) after a 30 mile run.  At that time I thought Scott were a long way off tapping into the ever-demanding trail running market.  Since then Scott have built up their reputation with shoes that perform exceptionally well and the Supertrac RC is their masterpiece.  It’s apparent that it’s an athlete-led design and that’s why it’s already a popular shoe. 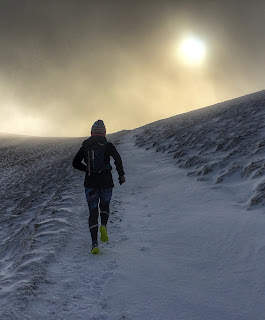 I don’t like a lot of cushioning and my first choice would always be a lightweight shoe.  In 2016, I alternated between Salomon S-Lab Sense, La Sportiva Helios SR and Inov-8 Terraclaw depending on the terrain.  That said, I also need to protect my feet from unforgiving terrain.  We’re not blessed with miles of dry trails, so I need a shoe that works for soft ground and wet rocks.  Most shoes work best on one or the other. 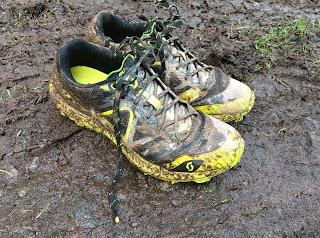 A bit about the grip.  The 360 traction outsole was developed in partnership with SCOTT athletes such as Andy Symonds, Jo Meek and Ruth Croft and The Technical University of Munich and was tweaked and fine tuned before it was eventually released in January.   SCOTT are using the term “controlled power”  The size and positioning of each stud has been laid out to provide good traction in multiple directions, twist and turns.   Most shoes have lugs designed for forward movement.
The main outsole is made for racing on (wet and dry) rocks and therefore probably not as secure on mud as say some of the Inov-8 range, but it still holds up pretty well.  Of course, I’m less concerned about sliding on wet grass than I am at landing on my coccyx on a wet slab of rock.   They really excel on rocky technical terrain, and I’m sure it will be popular shoe choice for Skyrunner and mountain races this year.
The lightweight mesh upper has been bonded together, rather than stitched, to reduce the possibility of irritation.  As previously mentioned, it’s the first time I’ve never had any issues with my feet during a race. The overlays act as a great support as my feet feel stable, but it’s not restrictive and feels  really comfortable.
There also a sturdy toe cap.  After kicking many rocks over the months, I can say it’s not only effective but perfect.
The lacing system is pretty simply, but works just fine.  Maybe I prefer the Salomon S-Lab system with the lace pocket, but I think I’m just trying really hard to find something to say that’s not completely gushy.  Is it worth changing? Probably not. The laces didn’t cause any discomfort and didn’t come loose.  A lace pocket just looks neater.
They are protective and cushioned enough (17.5/22.5mm of AeroFoam)  for everyday training, but light and responsive for racing.   I’m a mid-forefoot striker, so the 5mm drop suits me.
So, 400 miles later the shoes are starting to show some wear and tear.  There's some slight splitting on the side bend (I'm sure there's a more technical term for that), which happens to all my shoes. I put that down to forefoot landing.  Loads of miles left in the lugs though - even after many routes that have involved some road miles.   They'll be good for another few months for sure.
If you train on hills and mountains in the UK, you’d be hard pushed to find a better multi-terrain shoe.  Retailing at £125 they’re not cheap, but they do live up to the hype. 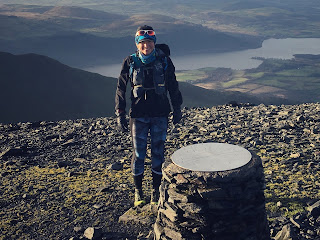 I came across your very helpful blog while researching for the Scott Supertrac RC. Just like you, I have and like Salomon Slab Sense 6 and 5SG and Inov-8 Terraclaw 220.

I am wondering if you could post more direct comparison between the Supertrac and the Salomon Sense and Inov-8 Terraclaw.

Thank you in advance.