Holiday, hills and a cheeky half

Our family summer holiday to Switzerland just happened to coincide with the Zermatt Marathon.  No one believes me when I said it was purely coincidental, but it's the god's honest truth.  As it was a sign, it would be rude not to partake surely?

The race series offers a marathon, half marathon and an ultra.  All with the same profile: Up, up and more up. I opted for the half.  Actually I only entered because of the profile - no pressure to run at a certain pace and I could use the hills to hide behind a rubbish finishing time.

When I finally decided to enter the race, they had already reached their 500 capacity.  One of the fantastic things the organisers offes, was an online entry exchange, so I managed to buy a place from a Czech girl who could no longer participate.

When I went to pick up the pack from race HQ in St Niklaus, I realised my race number had me in the very last starting pen.  I would have tried to change it, but then I remembered I'm no hill runner.  And I'm certainly not a half marathon runner.

The forecast for race day was thunder and lightening storms.  But even in Switzerland the forecast lies, as we were greeted with a beautiful sunny day.

There was no compulsory kit for the race - even though I would have classed it as a mountain race - so it felt a bit alien rocking up with only a hankie and a gel in my pocket. 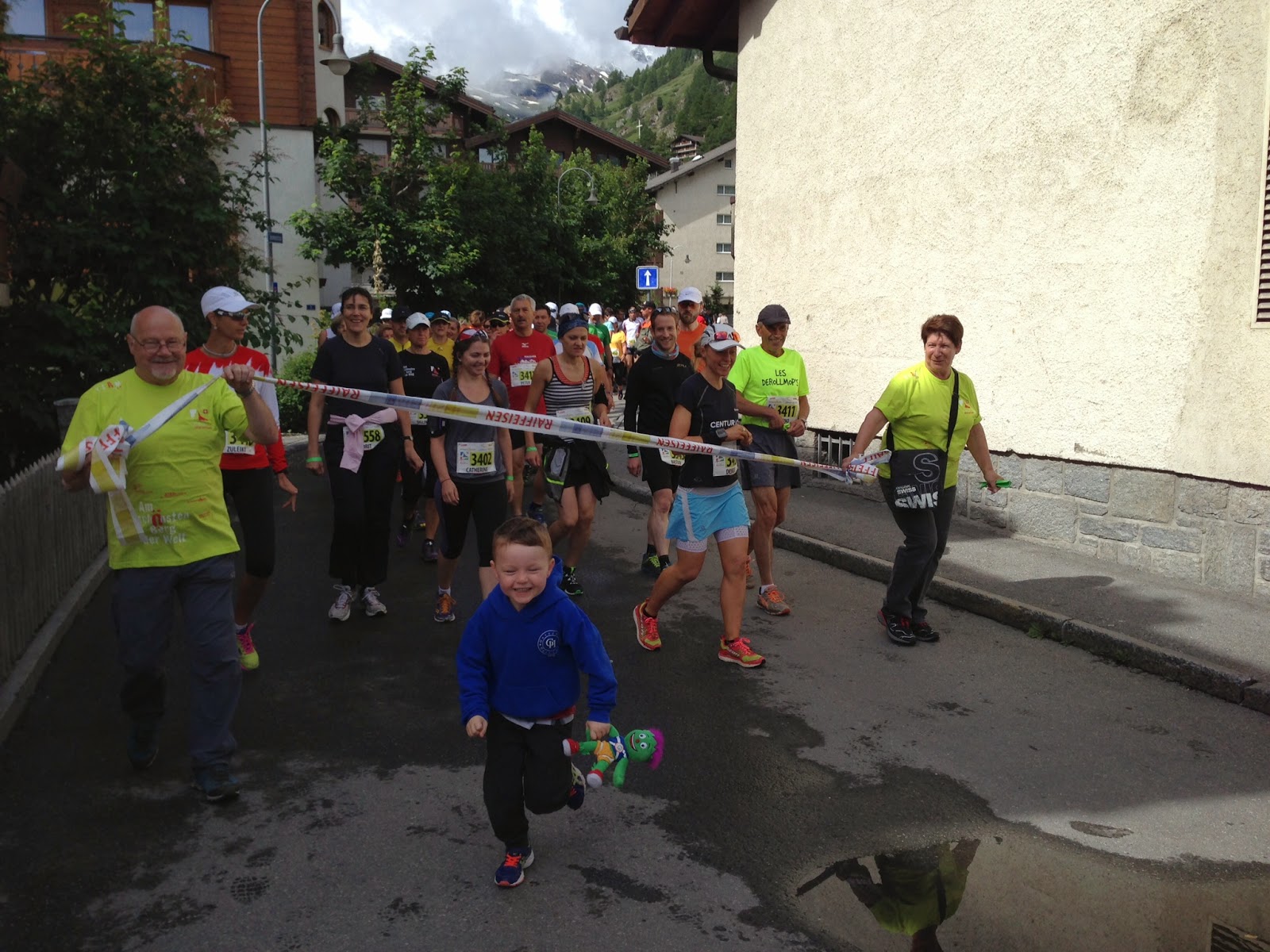 Sonic and Cairn were going to get the train to the finish in Riffenberg, so I said my goodbyes and went off to join the joggers pen.  Not without stopping to join the queue for the portaloos for the 27th time. A lady asked to jump in the queue because spotted my remedial class green start number and she was donning the super-fast red race number and would be starting soon.  I took great joy in passing her at around mile four of the race ;-)

The race starts with loop of Zermatt and then it hit the trails. It's certainly a cheeky course.  I don't recall every going uphill for so long without some kind of respite. 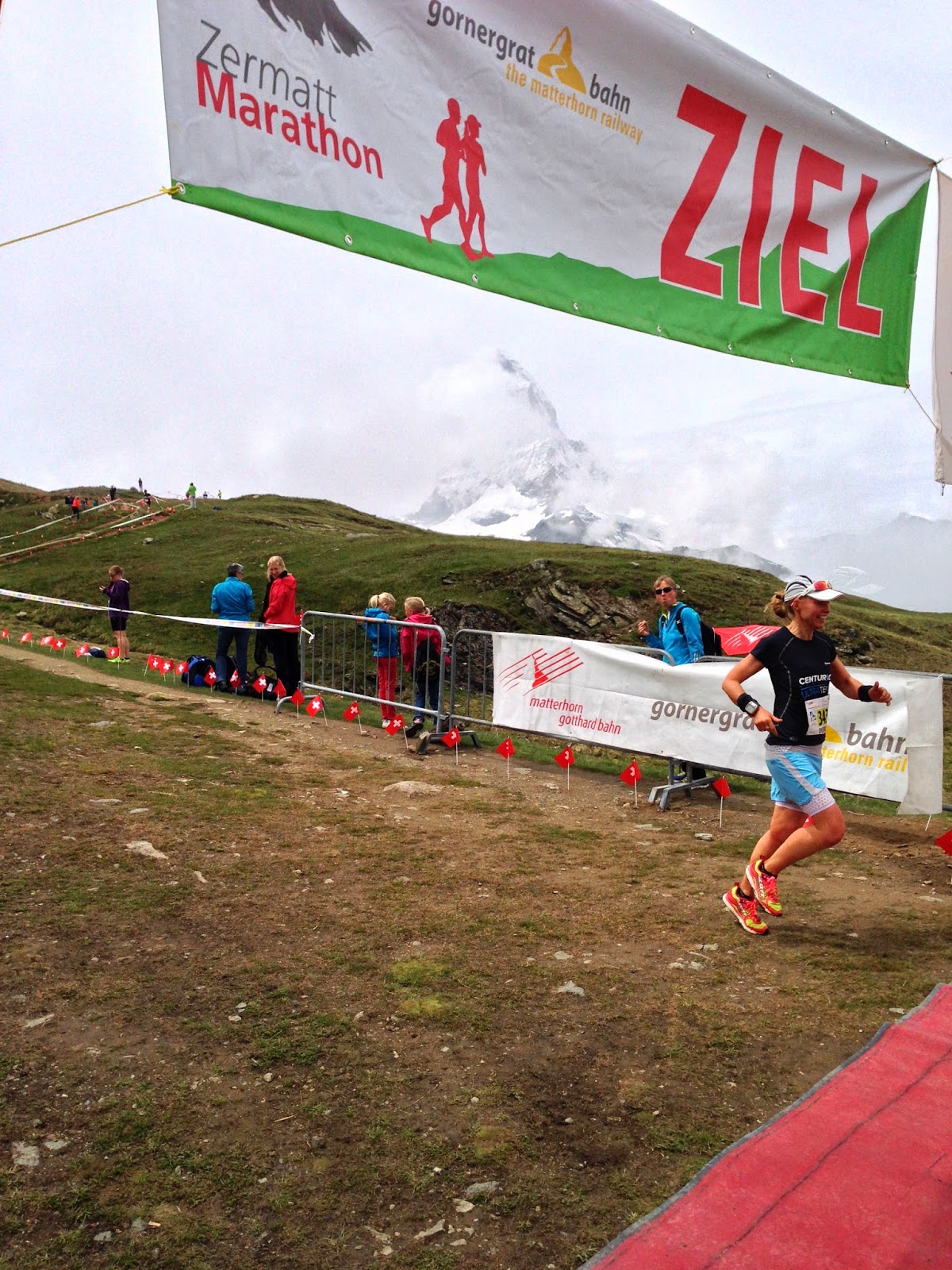 The great thing about starting in the last pen was that I spent the whole race passing people.  Like most races, the majority go off too fast and blow up quickly, so that added to the ease of picking off runners.   I was using a run/walk play run strategy.  2 x 40 breaths of running and 1 x 40 breaths of stomping.  I found it more efficient and passed loads of people who were continuously running in the process.

Thankfully with the profile of the race, no one tried to speak to me.  So I didn't have that awkward moment of having to tell people - who are most likely fluent in many languages - that I'm your typical ignorant Brit and can only speak one. Badly. 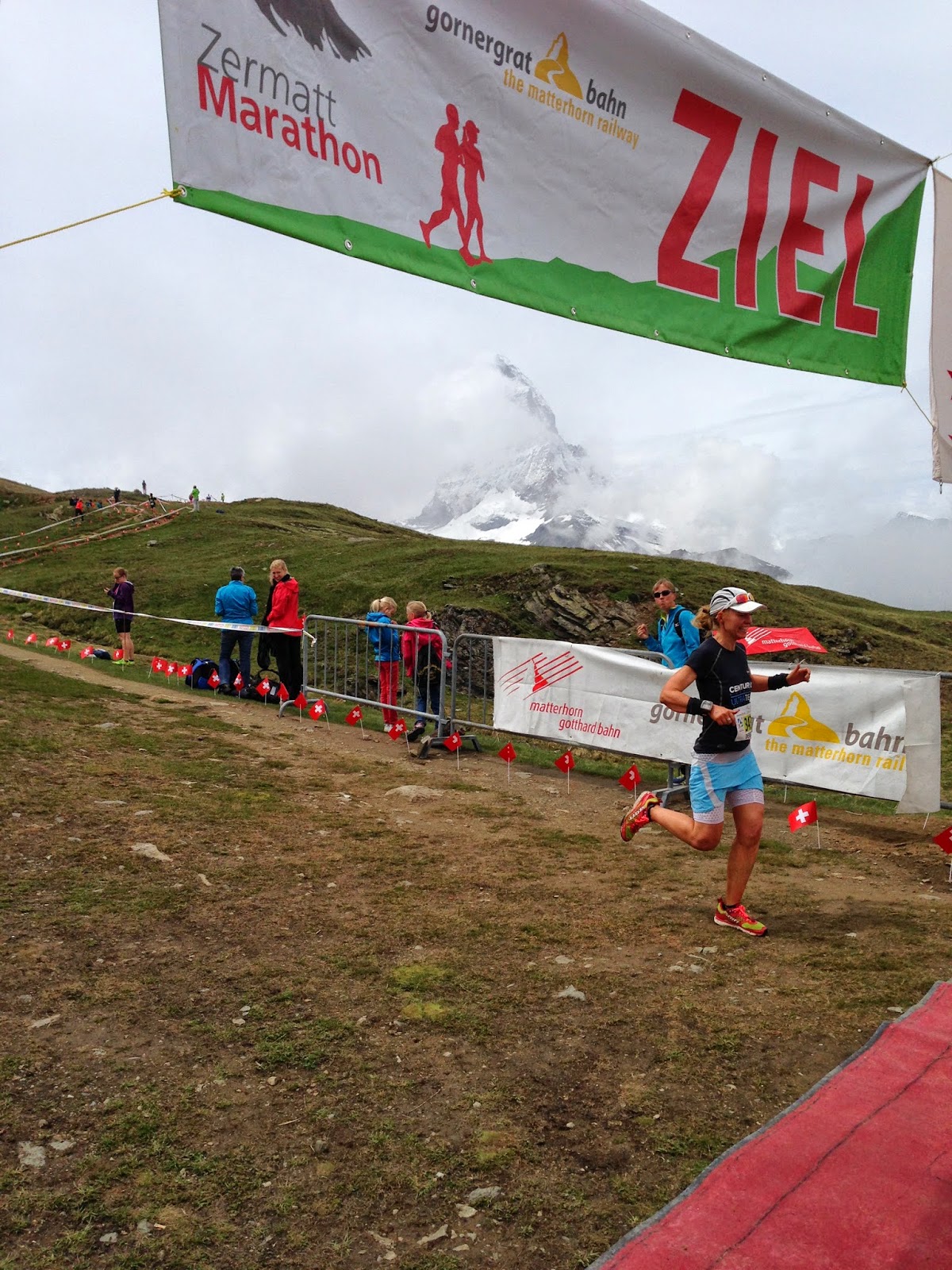 I really enjoyed the race.  All good training too. Even that nasty sting in the tail.  I finished 17th gal in 2 hrs 36, which I was pleased with.  Especially with 4418ft (1347 metres) of ascent.  Of the 483 starters 203 were female, which is I think is a great representation for the ladies.

I would highly recommend the race.  Great course and amazing scenery.  How can you beat the Matterhorn as a back drop? And it's fabulously organised. There are even shower cabins at the finish line - at the top of a mountain in the Swiss Alps.  Plus, if you're at the sharp end, there's some serious prize money up for grabs.

would have been churlish not to participate given the coincidence ;-) Well done x

The game has multiple of} variations featuring completely different bonus payouts primarily based on the ranking of the four of a sort. Video poker turned extra firmly established 빅카지노 when SIRCOMA, which stood for Si Redd's Coin Machines , launched Draw Poker in 1979. Throughout the Eighties video poker turned increasingly well-liked in casinos, as folks discovered the devices less intimidating than half in} desk video games.

Memorizing the proper method to hit, stand, break up and double down your hand is a must, says playing professional John Marchell. You'll cut the home edge from 1 to 2 percent to 0.5 percent. Still, blackjack 온라인 카지노 offers relatively good odds for gamers who understand quantity of} easy rules.